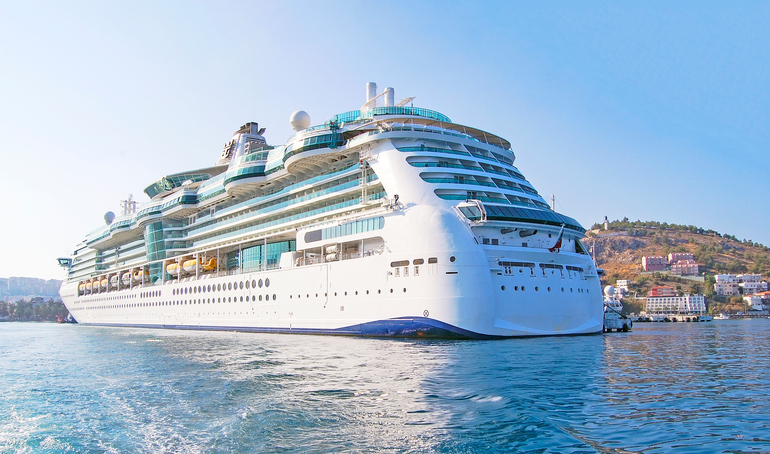 As an adjective, stern means ‘firm or strict,’ when we are talking about people or their behavior, actions, emotions, or speech, and also ‘harsh or severe.’ Something unpleasantly serious in character can also be stern and so can a grim and forbidding appearance. In nautical terms, the stern is the rear part of a boat or ship and, by extension, stern can be used to mean the rear part of anything.

A good example of someone who is stern is Professor McGonagall from the Harry Potter books and movies, as demonstrated in this clip:

The tail of an animal, especially a hound, is also called its stern.

As well as the figurative meaning mentioned above, from stem to stern also has a literal meaning: from the front to the back of a ship or boat. This video clip shows the process of building a boat from stem to stern:

The boat is a reproduction of a York boat, which was a boat used by the Hudson’s Bay Company to carry goods along inland waterways in Rupert’s Land (an area of British North America that is now, mostly, part of Canada) during the 18th and 19th centuries.

Stern dates back to before the year 1000. The Old and Middle English adjective styrne, meaning ‘severe, strict, grave, hard or cruel,’ can be traced back to the Proto-Germanic sternjaz and the Proto-Indo-European root ster- (stiff). It is related to the Middle High German sterre and the German starr (stiff) and störrig (obstinate), the Gothic andstaurran (to be stiff), the Old Norse stara and the Old English starian (to look or gaze upon something), as well as the English words starch, stare, stark, startle, stark, strut and stork. The unrelated noun stern dates back to the mid-13th century. The Middle English noun sterne, which could mean either ‘the back part of a ship’ or ‘the steering gear of a ship,’ is of uncertain origin. Most linguists believe that it came into English from a Scandinavian source, such as the Old Norse stjorn (a steering), from the verb styra (to guide). Others think it came into English from the Old Frisian stiarne (rudder). Either way, stern is related to the English verb steer, and can be traced back to the Proto-Germanic steurjan and the Proto-Indo-European root sta– (‘to stand,’ ‘to set down,’ ‘to make or be firm’), meaning that stern is related to many modern English words, like contrast, cost, distance, ecstasy, insist, obstacle, post, press, rest, stable, stage, state, stay, stem, store and understand.

See full definition
Learn more about stern in our forums

Stern in other languages