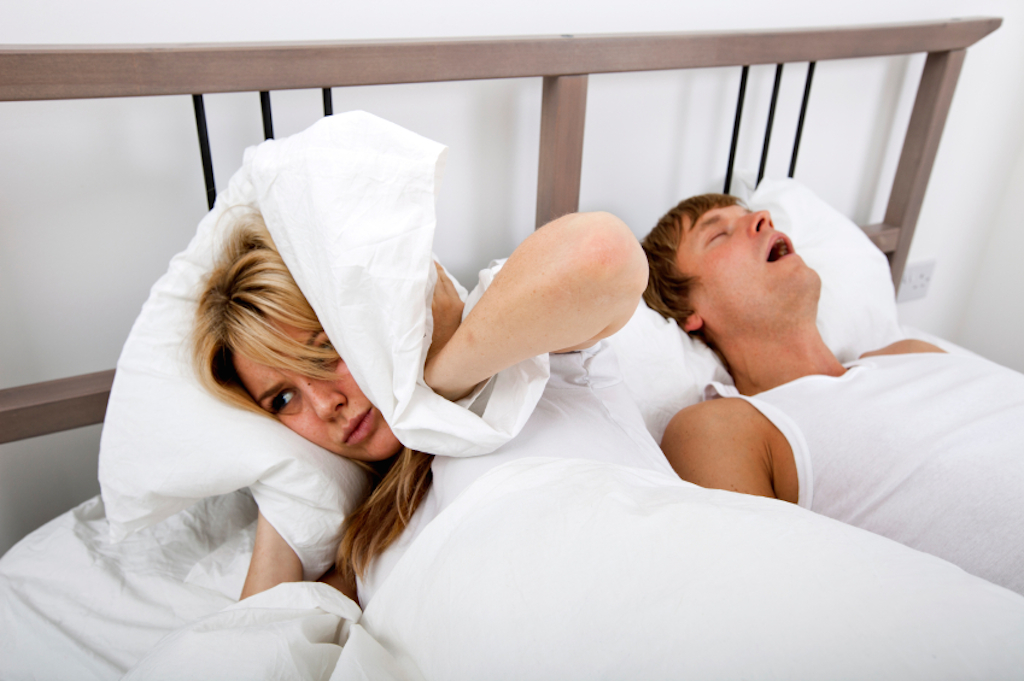 My husband's snoring really bothers me!

To bother means ‘to annoy,’ ‘to worry,’ or ‘to disturb’ someone. Bother also means ‘to take the trouble to do something.’ In this sense, it is usually used with a negative construction. As a noun, a bother is something that causes trouble or annoyance or something that needs a lot of effort. If we say that someone is a bother, it means that person is really annoying.

can’t be bothered (mainly UK): be unwilling to make the effort to do something. Example: “I know I should clean the house more often, but I can’t be bothered when there are so many more interesting things to do!”

no bother: no trouble. Example: “Thank you for giving me a ride to work while my car was being repaired.” “That’s OK; it was no bother!”

Listen to Aerosmith with their song “Something’s Gotta Give” here. Listen out for the lyric “Does the noise in my head bother you?”

Bother, which originally meant ‘to bewilder or confuse,’ dates back to the early 18th century, and was originally spelled bauther, bather or bodder. It probably came into English from the Hiberno-English (also known as Anglo-Irish or Irish English) verb pother, though some linguists point to the Scots verb bauther or bother, related to the verb pother (to bustle or make a commotion), though the fact that it was first used in English by Irish authors adds weight to an Irish origin. According to some, it is possible that the verb originated in English and Scots around the same time, or came from Irish English through Scots into English. Whichever way it happened, the origin of bother before then is uncertain. It is probably related to the Irish bodhaire (noise) and bodhraim (to annoy), as well as the English verb potter (to poke). The sense we use now, ‘to bewilder or confuse,’ first appeared in the mid-18th century. The noun comes from the verb, and dates back to the mid-18th century.

See full definition
Learn more about bother in our forums

Bother in other languages