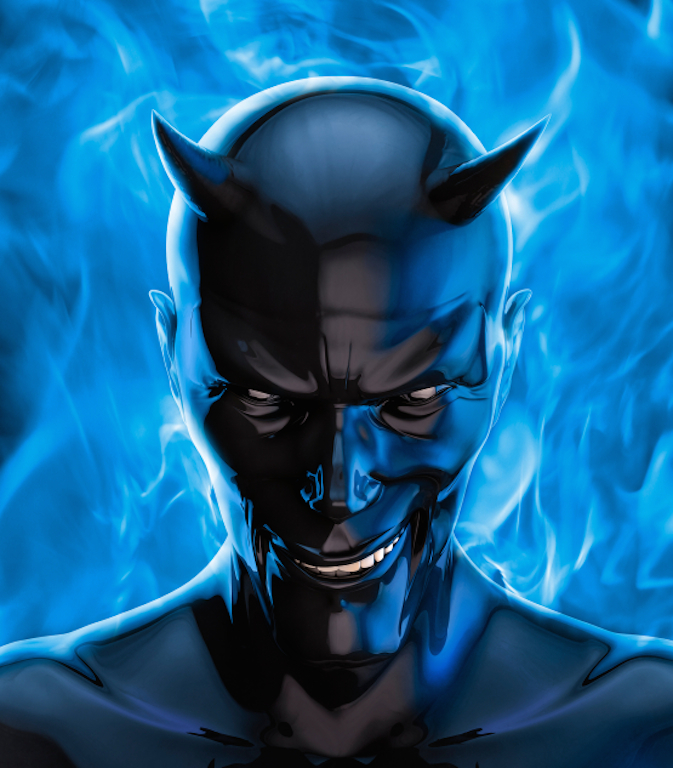 The devil is wicked.

Wicked is used to refer to something evil and morally bad, dangerous, or unpleasant; however, it can also mean that someone is playfully mischievous or a little bit naughty. As a slang term, it means ‘excellent’ or ‘cool,’ and it is also used as an interjection.

Wicked City is the title of a 2015 US TV series. You can see the trailer for it here:

As an interjection or way of saying something is excellent, wicked is synonymous with cool, but it is mainly used by younger people in the UK. When wicked is used to mean something is a bit naughty rather than actually evil, it is often used about indulgent things, like eating rich foods or treating yourself to something.

Wicked, meaning ‘evil, bad or dangerous,’ dates back to the early to mid-13th century. The Middle English adjective wikked emerged as an extended form of wikke (bad, wicked or false). Most researchers believe that it evolved as an adjectival form of the Old English noun wicca (wizard), formed as if it were a past participle, even though it has no corresponding verb. Its origin before then is uncertain, though many linguists believe it can be traced back to the Proto-Germanic wikkjaz (necromancer, or person who wakes the dead), from the Proto-Indo-European root weg– (to be strong or lively). Wicked is, then, related to the Low German wikken or wicken (to use witchcraft) and wikker or wicker (soothsayer), the Sanskrit vajah (force or strength), the Latin vigil (watchful or awake), vigere (to be lively or thrive), velox (fast or lively) and vigor (liveliness or activity), the German wachen (to be awake), and the Gothic wakan (to watch), as well as English words such as awake, bewitch, surveillance, vedette, vegetable, velocity, vigil, vigilant, vigor, wait, wake, watch, and of course witch. Wicked has been used colloquially to mean ‘cool or wonderful’ since the 1920s, and first appeared in the writings of F. Scott Fitzgerald.

See full definition
Learn more about wicked in our forums

Wicked in other languages