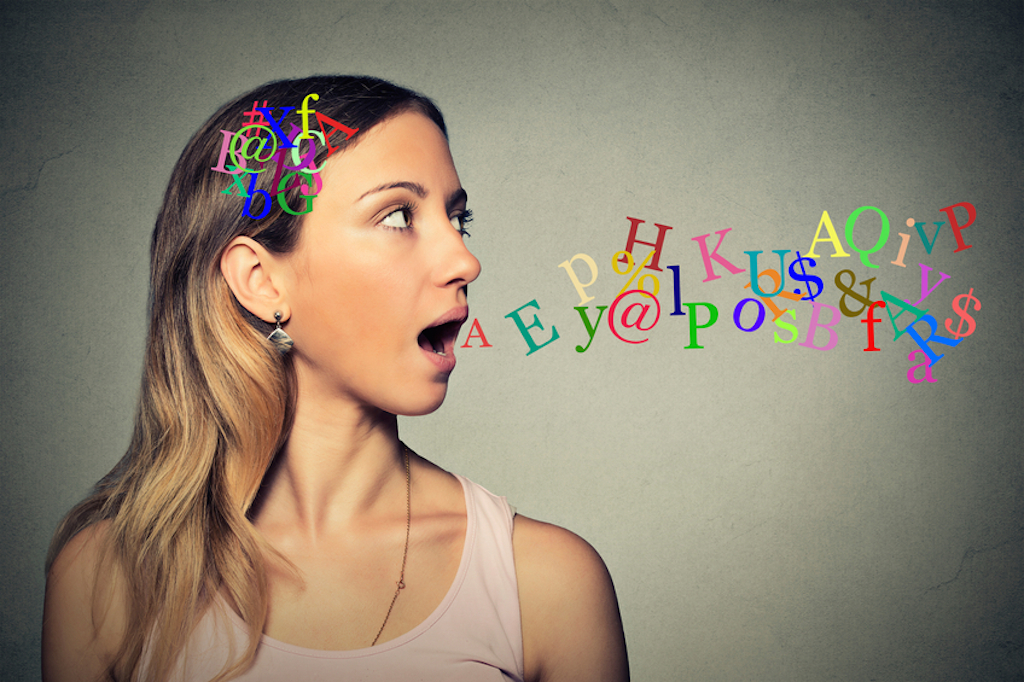 Sometimes what we are thinking can be hard to utter.

As a verb, utter means ‘to pronounce or speak,’ ‘to make cries or sounds with the voice’ and also, for non-living things, ‘to make a sound.’ Utter also means ‘to make something public.’ As an adjective, utter means ‘complete’ or ‘absolute.’

Listen to Billie Holiday singing “Guess Who?” here. Listen out for the lyric “Guess who? Whose heart is sure to melt like butter, the moment that you utter, I do.”

As a verb, utter is synonymous with “say,” but a little more formal and more emphatic; often it may indicate that what is being said is important or weighty in some way. While both utter and say focus on what is being expressed, the word talk, which we often think of as synonymous or similar, has to do with the fact that something is being said.

Utter, the adjective, dates back to before the year 900, as the Old English ūtera or ūterra (Middle English utere), and originally meant ‘outer, exterior or external.’ It can be traced back to the Proto-Germanic utizon, the comparative adjective form of ut (out), and is related to the Old Norse utar, the Old Frisian uttra, the Middle Dutch utere, the Dutch uiter-, the Old High German uzar and the German äußer (outer), as well as the English out and outer. The sense we use today, ‘complete or total,’ first appeared in the early 15th century, and evolved from a figurative reading of ‘to the furthest or utmost point.’ The verb utter, meaning ‘to speak or say’ as well as ‘to emit a sound’ and ‘to publicize,’ dates back to around the year 1400. It came into English partially from the Middle Dutch uteren or the Middle Low German utern (both meaning ‘to turn out,’ ‘to show’ or ‘to speak’), and partially from the Middle English verb outen (to disclose), from the Old English utan (to put out). The Middle Dutch and Middle Low German sources can be traced back to uter (outer), the comparative adjective of ut (out), from the same Proto-Germanic origin as the adjective. The Old and Middle English sources can also be traced back to ut (out), making them all related.

See full definition
Learn more about utter in our forums

Utter in other languages