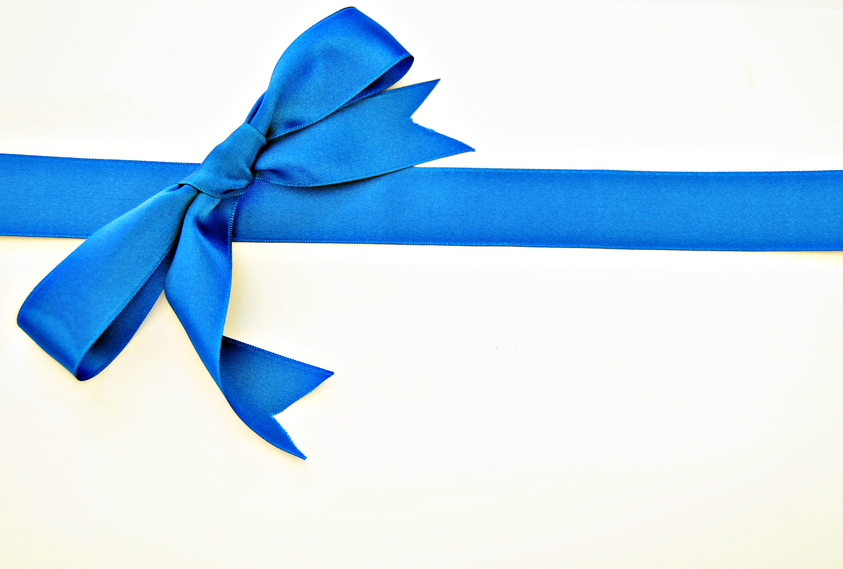 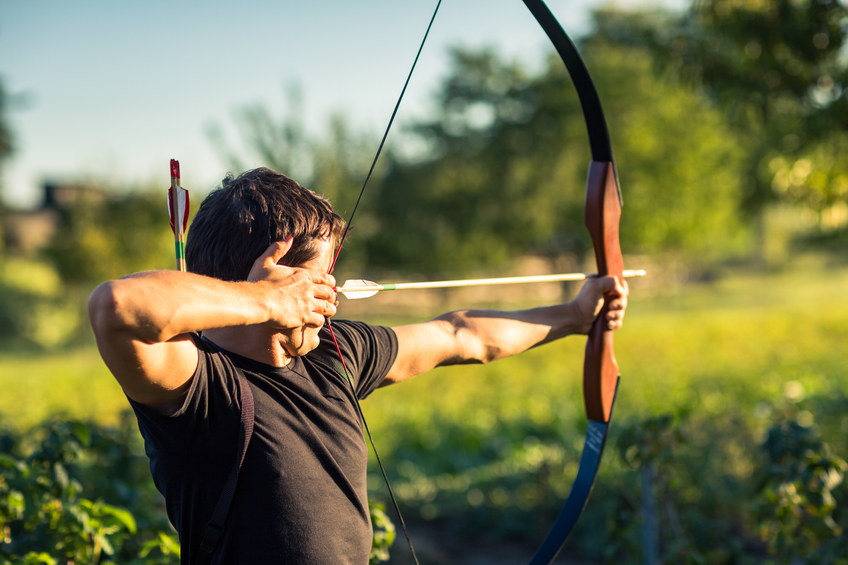 With the first pronunciation above, bow is ‘to bend the knee or incline the head’ to show respect. It also means ‘to bend downwards’ and, figuratively it means ‘to give in to something.’ The related noun bow describes the movement made to show respect. However, bow, with the second pronunciation above, has another noun meaning, ‘a flexible strip of wood bent by a string and used for shooting arrows,’ and also ‘a flexible rod used for playing a musical instrument like a violin.’ It is also a formation of string or ribbon looped together in an attractive way and used for decoration. Related to this sense, the adjective bow means ‘curved outward at the middle.’

take a bow: bow at the end of a performance. Example: “When the play was over, all the actors came back on stage and took a bow.”

make a bow: bow. Example: “Seeing the Queen approaching him, the duke made a bow.”

bow and scrape: be servile. Example: “That guy is so annoying; he’s always bowing and scraping to the boss.”

bow out: gracefully withdraw from something. Example: “Knowing she couldn’t compete after her injury, Audrey bowed out of the tennis tournament.”

bow tie: a tie in the shape of a bow. Example: “Matt Smith’s Doctor Who wore a bow tie.”

Rihanna’s song Take a Bow refers to the meaning of ‘bending the body forward’ and has other imagery of being on stage. Notice the lyrics: “How ’bout a round of applause” (a round of applause is when people clap at the end of a show), “Standing ovation” (that’s when people stand up at the end of a performance), “You put on quite a show,” and “Curtain’s finally closing.” In the song she is using this imagery figuratively to describe an experience with someone who has upset her and has been very dramatic.

Bow, with the first pronunciation given above, is also the front or forward end of a ship or airplane, and as an adjective, it refers to it. Example: “The cruise passengers walked toward the bow for the fire drill.”

In old Northern English and Scottish dialect, bow, with yet another pronunciation /buː/ , meant a herd of cattle or all the cattle on a farm. This also gave rise to the noun “bow-house” – the building where the cows were kept.

Bow, the verb meaning ‘to bend your body or head to show respect,’ dates back to before the year 900. The Old English verb būgan became the Middle English verb bowen before losing the ending to become the verb we use today. It is related to the Dutch verb buigen, as well as the German biegen, the Gothic biugan and the Old Norse buga. As a noun meaning ‘a weapon to shoot arrows,’ bow dates back almost as far, to before the year 1000. The Old English term boga became bowe in Middle English, which was pronounced with a silent e. It is related to the Dutch boog, the German Bogen, and the Old Norse bogi. Both meanings developed from the same Proto-Germanic root bugon, which meant ‘to bend.’

See full definition
Learn more about bow in our forums

Bow in other languages