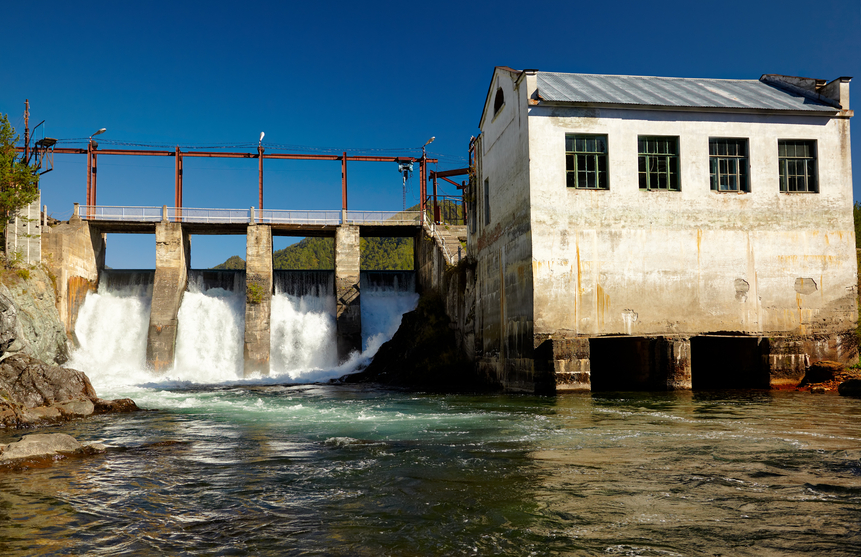 A dike, also spelled dyke in UK English, is a thick wall used to hold back water from a river or ocean and also a ditch. In Scottish English, a dyke is a wall, usually made out of stones, that divides or encloses land, and more generally, in UK English, an obstacle or barrier. However, dike, most commonly written dyke, is also a slang term, often though not always considered pejorative, that means ‘lesbian’ and it is an adjective that refers to anything related to lesbian culture.

Although dyke was originally used as a pejorative term for a lesbian, like many such words it has been reappropriated by the community it was used to insult. Many lesbians now use the word to describe themselves. For example, Dykes on Bikes is a group of lesbian bikers who ride in Gay Pride parades. You can see a picture of them by clicking here and read more about them on Wikipedia, if you like.

Dike is also a slang term used in Australia to mean ‘toilet,’ although it is less common than the usual Australian slang term for the same thing, which is dunny.

Dick Van Dyke is a famous American actor who had a TV sitcom (that’s short for situation comedy) in the 1960s. In the show, Dick Van Dyke plays a TV writer. His wife is played by Mary Tyler Moore, who became a big star and later got a show of her own.

Dick Van Dyke was also in many movies, and famously played Bert in Mary Poppins (with a notoriously bad British cockney accent). Here he sings about the myths of being a chimney sweep (that’s a person who cleans the chimney of a house, which is above the fireplace).

Dike dates back to before the year 900, as the Old English noun dīc, meaning ‘trench, ditch or moat.’ It comes from the Proto-Germanic root dik-, meaning ‘moat, ditch or pool,’ but also possibly ‘mound or wall’ (giving rise to the Scottish meaning of dyke). It evolved into the Middle English dik(e) based on the northern pronunciation of the Old English word, while at the same time, the southern pronunciation evolved into the Middle English word ditch. While ditch kept the original meaning of ‘trench or pool,’ dike changed to mean ‘the mound of earth removed when digging a trench,’ or ‘a wall used to contain water.’ It is related to the Dutch word dijk (dam) and the German word Deich (embankment). The use of dyke to refer to lesbians first appeared in the United States in the 1930s, though there are several different theories about how it came to be used this way.

See full definition
Learn more about dike in our forums

Dike in other languages