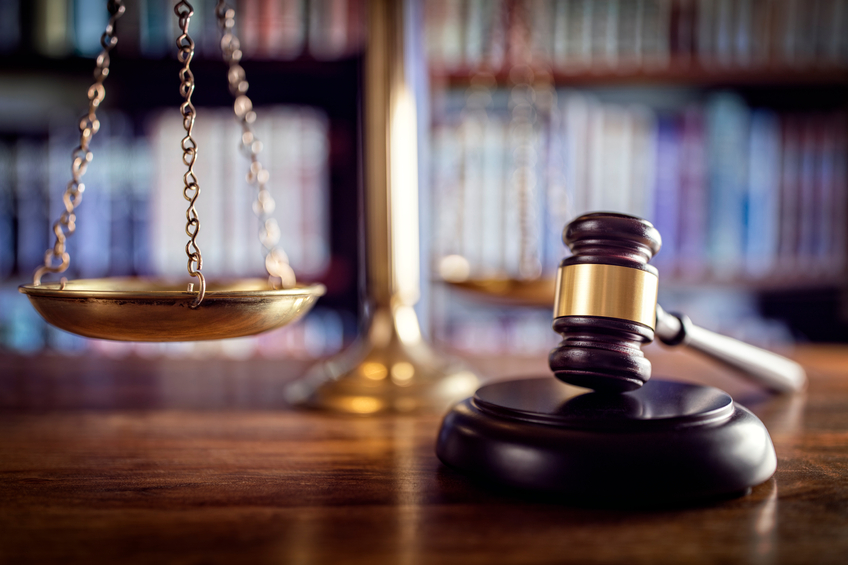 The law should be just.

As an adverb, just means ‘a moment before’ or ‘at this moment.’ It also means ‘exactly,’ ‘really,’ or ‘simply,’ and ‘by a narrow margin.’ It is a synonym for ‘only’ as well. As an adjective, something just is something done with justice and reason or based on law and right or something proper and done according to principles. Its also a synonym for deserved.

just about: almost. Example: “I’m just about done with work for today, so we can go out soon.”

just so: exactly right. Example: “Linda is very fussy and likes to have everything on her desk just so; she’d notice if you moved a pen half an inch!”

just deserts: if you get your just deserts, that means you get what you deserve. Example: “Don’t complain about your girlfriend leaving; you were the one who cheated on her! You got your just deserts.” (And no, that’s not a typo; this really should be the word deserts and not the things you eat after a meal, desserts.)

A song that uses just in the sense of ‘only’ is “My Baby Just Cares for Me,” a jazz classic written by Walter Donaldson and originally recorded for the movie Whoopee in 1930. It has been covered by a number of artists since, but one of the most famous versions is the version sung by Nina Simone and originally recorded in 1958. It was subsequently featured in a perfume commercial in the UK in 1987 and was rereleased with a video featuring claymation cats, created by the English studio Aardman Animation, which makes the Wallace and Gromit films. You can listen to Nina sing the song and watch the claymation video here:

It went to number 5 in the UK singles chart almost thirty years after Nina Simone made the original recording!

See full definition
Learn more about just in our forums

Just in other languages

Just was suggested by Helen, from the US.