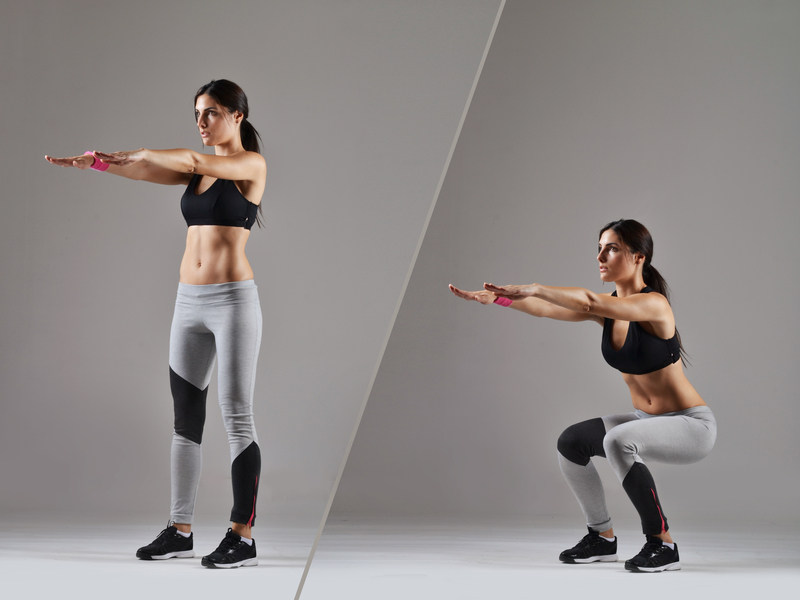 To squat means ‘to crouch or sit with your legs bent closely beneath or in front of your body,’ as when hiding. The related noun squat can be either the position or the act of squatting. The adjective refers to someone sitting in this position, but it means ‘thickset and short,’ when describing a person or an animal, and also ‘low and broad, or wide,’ when describing an object. In addition, as a verb, it means ‘to occupy a property without paying rent’ or ‘to settle on, or move to, public land to acquire the legal right to stay there.’ A squat is also a place occupied by squatters.

In US slang, squat can also mean ‘nothing at all.’ Example: “You might have a lot of money, but that doesn’t mean squat around here. No one here cares about money.”

Squat, as a verb, appeared as the Middle English verb squatten, and dates back to the late 13th century. It comes from the Old French esquater or esquatir, formed by the prefix es- or ex- and quatir. The form came into French through the Vulgar Latin verb coactīre, meaning ‘to compress,’ which in turn came from the Latin coāct(us), the past participle of cōgere, also ‘to compress.’ The noun came from the verb, and first appeared in Middle English meaning ‘bump or heavy fall’ around the year 1400. The adjective form also comes from the verb, and was first used in the early 15th century, to mean ‘in a squatting position.’ The noun and adjective meanings we recognize today appeared in the late 16th and early 17th century. To squat, meaning ‘to occupy land or a building illegally,’ was first used in the early 19th century.

See full definition
Learn more about squat in our forums

Squat in other languages