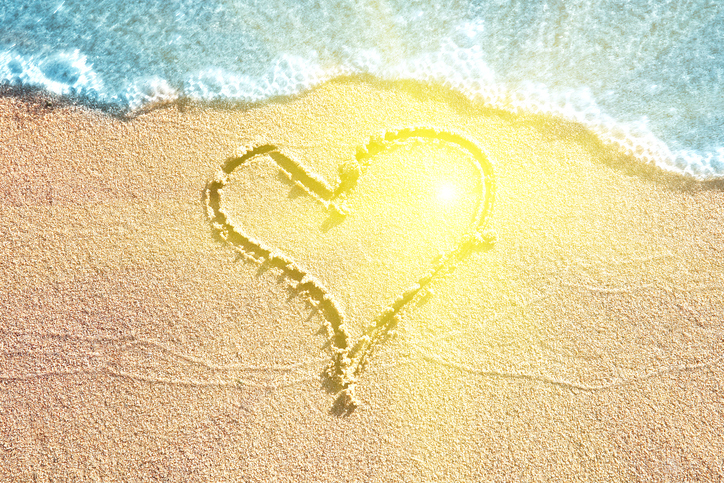 Sand can be coarse or fine.

Coarse is an adjective that refers to textures. It means ‘made up of large or relatively large parts or particles’ and also ‘having no delicacy or smoothness to the touch.’ Figuratively, it means ‘lacking refinement or taste’ and it can be used to refer to people or actions. It also means ‘common,’ ‘of inferior quality,’ or ‘vulgar or obscene.’

Listen to the song “Something There” in this clip from Disney’s Beauty and the Beast:

Listen out for the lyric “But he was mean and he was coarse and unrefined.”

Coarse fish are any fresh-water fish that are not game fish (game fish are fish like salmon and trout).

Don’t confuse coarse with course. They are pronounced the same, and may even be distantly related, but a course is a route, a passage through time, part of a meal, or a program of study.

Coarse dates back to the early 15th century. The origin of the adjective cors(e) is unknown, but many linguists believe it stemmed from an adjective use of the noun cours (which we now spell course). If this is the case, it can be traced back to the Old French cors (run, running, course, or the flow of a river), the Latin cursus (a running race or course) and the Proto-Indo-European root kers- (to run). Other linguists, however, think it may be related to the French adjective gros, which can mean ‘coarse or rough’ as well as ‘large, thick or fat.’ Gros can be traced back to the Latin grossus. Its origin is unknown, but it is thought to have come into Latin from a Germanic source. Finally, some think that coarse may have originated in that unknown Germanic source for gros, instead of the French. Coarse was originally used to describe the rough cloth used to make people’s everyday clothing, but by the year 1500, it had expanded to mean ‘rude.’ The meaning continued to move in the same direction, and by the early 18th century, it was often used to mean ‘obscene,’ but it never lost its original sense related to rough texture, especially of cloth.

See full definition
Learn more about coarse in our forums

Coarse in other languages