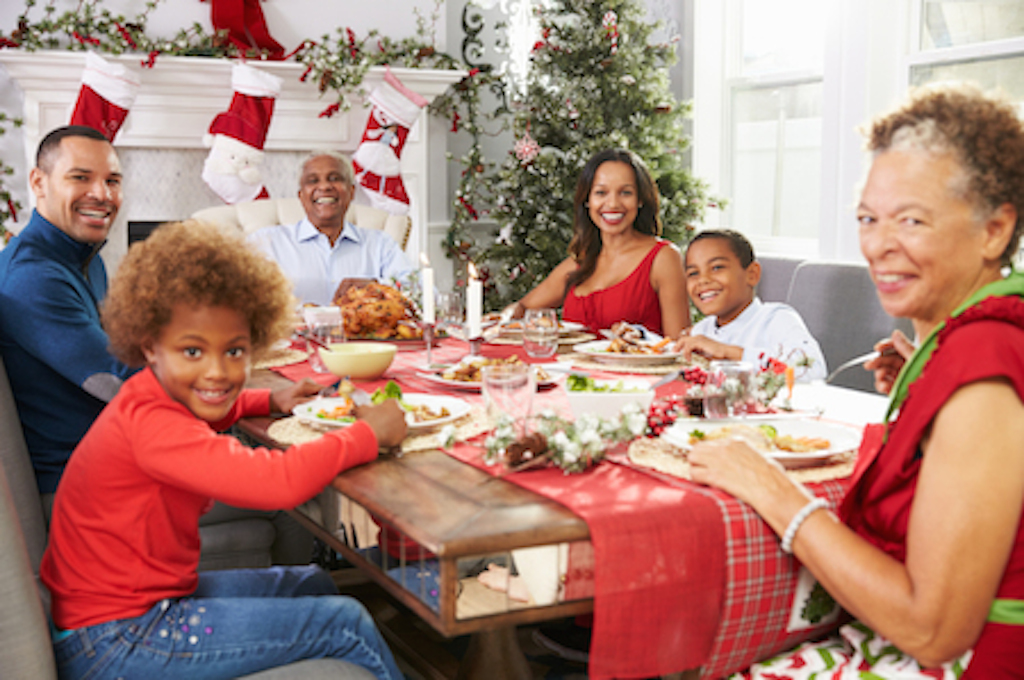 Eat, drink, and be merry!

I’m sure you’ve been hearing and reading “Merry Christmas” a lot these days, but do you know what merry actually means? Merry is an adjective that describes someone or something happy, cheerful, and full of joy, and it is also used to describe festive occasions, like Christmas. In the UK, merry is also a light-hearted way of saying that someone is slightly drunk.

make merry: to have a good time, often involving food and alcoholic drink: Example: “At Christmas, most people get together with their family and friends to make merry.”

merry-go-round: a carousel or, figuratively, a whirl of events: Example: “My wedding weekend was a merry-go-round of events because there was so much to do.”

Listen to Ella Fitzgerald singing “Have Yourself a Merry Little Christmas” here:

Merry dates back to before the year 900, in the form of the Old English adjective myrge (Middle English mirie), meaning ‘pleasing, agreeable, pleasant or sweet,’ and describing anything that ’causes feelings of pleasure or gladness.’ Back then, it could also be used as an adverb meaning ‘pleasantly or melodiously.’ It can be traced back to the Proto-Germanic murgijaz, which originally meant ‘short lasting,’ and the Proto-Indo-European root mregh-u– (short). The connection between these meanings and ‘pleasure,’ linguists have suggested, is built on the figurative idea of something that makes time seem short. Merry is related to the Middle Dutch mergelijc, meaning ‘joyful’ (the only related word that has the same meaning as the English), as well as the Old High German murg (short), the Gothic gamaurgjan (to shorten), the Greek brakhys (short), the Latin brevis (short, low, little or shallow), the Old Church Slavonic bruzeja (shallow places or shoals), the Spanish and Italian breve (brief), and English words such as abbreviation, abridge, brace, bracelet, brassiere, brevity, brief, embrace, mirth and even pretzel. The sense of merry widened in Middle English to include ‘pleasant sounding’ animals, ‘fine’ weather, ‘handsome’ dress and ‘tasty’ food, but as time passed, many of these uses were lost, and by around the year 1200, ‘pleased by something’ became the main meaning. The more specific modern senses evolved from this one, including the description of someone as ‘cheerful,’ ‘playful’ or enlivened’ in the mid-14th century, which has been used figuratively for someone slightly drunk since the late 14th century. The merry-go-round has existed since the early 18th century, and its name has been used figuratively for ‘a whirl of events’ since the early 19th century.

See full definition
Learn more about merry in our forums

Merry in other languages