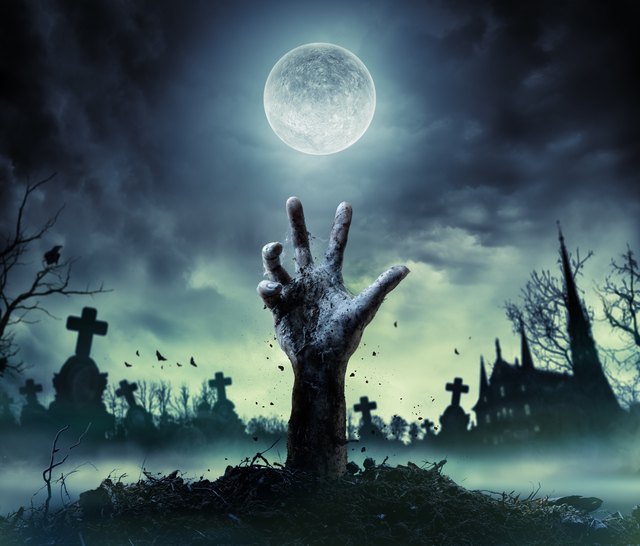 Ghastly is an adjective meaning ‘shockingly frightful or dreadful’ or more simply ‘horrible.’ If something or someone resembles a ghost, we can call that ghastly and, if we say someone looks ghastly, we mean very pale or, informally, ill or really unwell. Ghastly can also mean ‘very bad’ or ‘terrible,’ if we are talking about something such as a mistake.

Watch this scene from Harry Potter and the Goblet of Fire where Ron tries to give a robe his mother has sent him to his sister Ginny and she tells him “I’m not wearing that; it’s ghastly!”

You can also use ghastly as an adverb to modify another adjective. For example you could describe someone as being ghastly pale.

Ghastly dates back to the late 13th century, in the form of the Middle English adjective gastlich. It originally meant ‘inspiring fear or terror,’ ‘hideous’ or ‘shocking,’ and was formed by the suffix -lich (which later became -ly) added to the adjective gast (afraid or frightened), which was the past participle of the Middle English verb gasten (to frighten), from the Old English gæstan (to frighten or torment). This verb, in turn, developed from the Old English noun gast, which could mean ‘good or bad spirit,’ ‘angel,’ ‘demon,’ ‘person.’ ‘soul or spirit,’ ‘life’ or even ‘breath,’ and evolved into the (more narrowly defined) noun ghost. Ghastly can, therefore, be traced back to the Proto-West-Germanic gaistaz, and probably the Proto-Indo-European root gheis-. Ghastly is related to the Old Saxon gest, the Old Frisian jest, the Middle Dutch gheest, the Dutch geest and the German Geist (all meaning ‘spirit or ghost’), as well as the Sanskrit hedah (wrath), the Avestan zaesha– (horrible or frightful) and the Gothic usgaisjan (to frighten). The gh– spelling appeared in the 16th century, probably by influence of the word ghost, which itself had taken on the h in the 15th century, probably due to influence of the Middle Duth gheest. Ghastly was first used as an adverb by the poets Phillip Sidney and William Shakespeare in the late 16th century.

See full definition
Learn more about ghastly in our forums

Ghastly in other languages