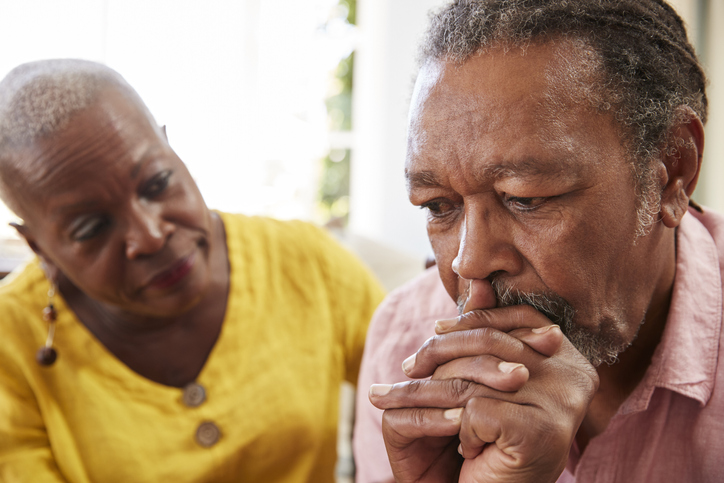 Woe is an archaic exclamation of grief, distress, or lamentation, but it is still sometimes used humorously. The related noun, which is still commonly used, means the same. As an uncountable noun, woe is great distress or trouble and, as a countable noun, but most often used in the plural, also the cause of such trouble or distress.

woe betide you: you will be in trouble. Example: “Your assignment is due at the end of the week and woe betide you if it isn’t finished by then.”

If you do hear woe as an exclamation of distress now, it is most likely to be in the expression “Woe is me!” It is still sometimes used as a humorous overexaggeration of distress, often to tease someone who is making a lot of fuss about something that is really quite trivial. The expression can be found in several verses of the Bible and in Shakespeare’s Hamlet. If you say “Woe is me!” you are saying that you are deeply unhappy.

Listen to Joan Jett singing “Oh Woe Is Me” here:

Don’t confuse woe with whoah! They may sound the same, but while woe is an expression of distress, whoah is an exclamation people utter when they are surprised or amazed, similar to wow.

Woe dates back to before the year 900. The Old English interjection wā or wēa (pronounced very similar to how we would now say woe) became wo, wei or wa in Middle English before it settled on woe. It can be traced back to the Proto-Germanic interjection wai and the Proto-Indo-European wai, and is related to expressions of lament in many languages, such as the Latin væ, the Greek oa, the German weh, the Lettish wai, the Old Irish fe, the Welsh gwae, the Armenian vay, the Dutch wee, the Old Norse vei, the French ouais, the Persian وای‎ (vây) and the Yiddish וויי‎ (vey). By the 12th century, it was also commonly used as a noun meaning ‘grief, distress or misfortune.’

See the full definition!
Learn more about woe in our forums

Woe in other languages