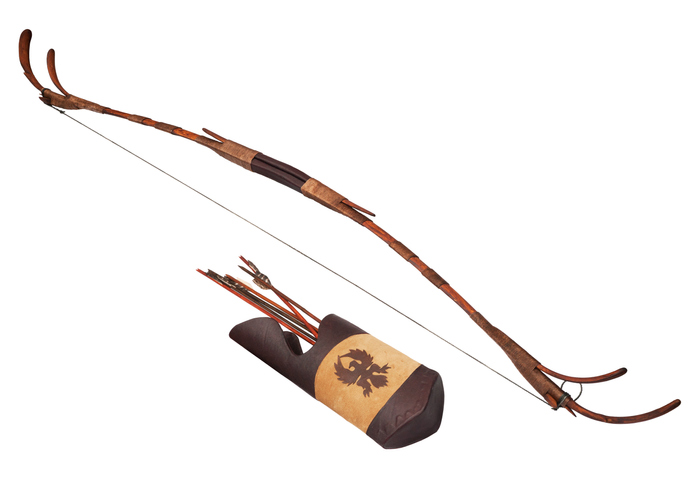 As a verb, to quiver means ‘to shake or tremble with a slight but rapid movement’, and also ‘to vibrate tremulously.’ As a noun, a tremble or tremor or the state or act or trembling is a quiver. Unrelatedly, a quiver is also a case for holding or carrying arrows and also the arrows held in such a case.

Listen to Book of Love with their 1991 song “Quiver” here:

Quiver is quite similar in meaning to shiver and tremble, in that all of them can be used to talk about a shaking motion or vibration. In many cases these words can be used interchangeably. However, there are some subtle differences: shiver is most often associated with cold and tremble with fear, whereas quiver has connotations of barely restrained tension, often due to excitement or apprehension, rather like the tension in a bowstring when the archer has pulled it back in readiness to release the arrow.

Quiver, meaning ‘to tremble,’ dates back to the late 15th century. Its origin is uncertain. Some linguists believe it may have emerged as an imitation of the sound or a slight tremble, while others believe it is an alteration of the Middle English verb quaveren (now quaver, which also means ‘to vibrate or tremble’). A third theory is that it is related to the Old English cwifer– (zealous), which may be related to cwic (alive), from the Proto-Germanic quikaz and the Proto-Indo-Eurpean root gwei– (to live), which would make it related to the adjective quick. The noun, meaning ‘a trembling,’ dates back to the early 18th century, and comes from the verb. The noun quiver, meaning ‘a case for holding arrows,’ dates back to the early 14th century. It came into English from the Anglo French quivier (Old French quivre or cuivre). It is of Germanic origin, and can be traced back to the Proto-Germanic kukur (container), which is, according to some linguists, from the language of the Huns. Quiver, in this sense, is related to the Old High German kohhari, the German Köcher, the Old Saxon kokar, the Old Frisian koker and the Old English cocur (all of which mean ‘quiver’).

See full definition
Learn more about quiver in our forums

Quiver in other languages