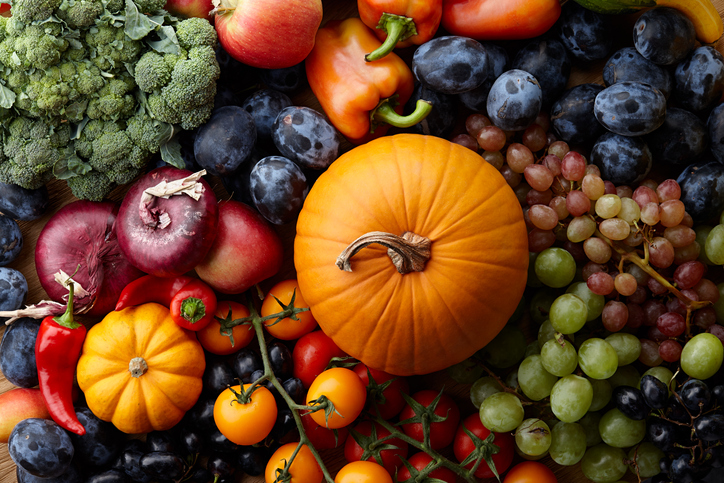 Harvest is the gathering of crops, the season in which ripe crops are gathered, and a crop or yield of one growing season. Used figuratively, harvest is also the result of any process or event. The verb to harvest means ‘to gather crops’ or, more broadly, ‘to gather or accumulate’ and also ‘to take or catch for use.’

The harvest moon is the full moon that falls the closest to the autumn equinox, when the days and nights are of equal length, usually on or around September 21. Listen to Neil Young singing “Harvest Moon” here:

A harvest festival is a celebration that takes place at harvest time every year. This is because harvest is a time of plenty, when there is a lot of food for everyone. Although, these days, most people no longer have any direct involvement in the harvest, it is still a time when schools and churches, especially in the UK, take donations of food to give to the poor. There is even a traditional bread that is baked in the shape of a sheaf of wheat. You can see what one looks like here.

Harvest dates back to before the year 950. The Old and Middle English noun hærfest originally meant one of the four seasons, ‘autumn,’ specifically the period between August and November. It can be traced back to the Proto-Germanic harbitas and the Proto-Indo-European root kerp– (to gather, pluck or harvest). Harvest is, therefore, related to the Old Saxon hervist, the Old Frisian and Dutch herfst and the German Herbst (all meaning ‘autumn’), and the Old Norse haust (harvest), as well as the Sanskrit krpana– (sword) and krpani (shears), the Greek karpos (fruit) and karpizomai (to make harvest of), the Latin carpere (to cut, divide or pluck), the Lithuanian kerpu, kirpti (to cut), the Middle Irish cerbaim (cut;), and the English words carpel, carpet, excerpt and scarce. In Old English, the word hærfest only implied the collection of crops figuratively. However, the borrowing of the word autumn (originally autumpne) from the French since the early 13th century gradually made the meaning of harvest narrow to ‘the time for gathering crops’ by the mid-13th century, with the current meanings, ‘the action of collecting crops’ and ‘the crops collected’ taking over by the early 14th century. The figurative use of fall for the season (short for fall of the leaves), which was common in the 16th and 17th centuries in England, but is now mostly used in the US, cemented this shift in meaning, so that the original sense is now obsolete. Harvest has been used figuratively for the result of any process or event since the early 16th century, and as an adjective (in compounds like harvest moon) since the late 14th century. The verb, meaning ‘to gather crops,’ dates back to around the year 1400, and comes from the noun. It has been used figuratively since the 16th century, much like the noun.

See full definition
Learn more about harvest in our forums

Harvest in other languages