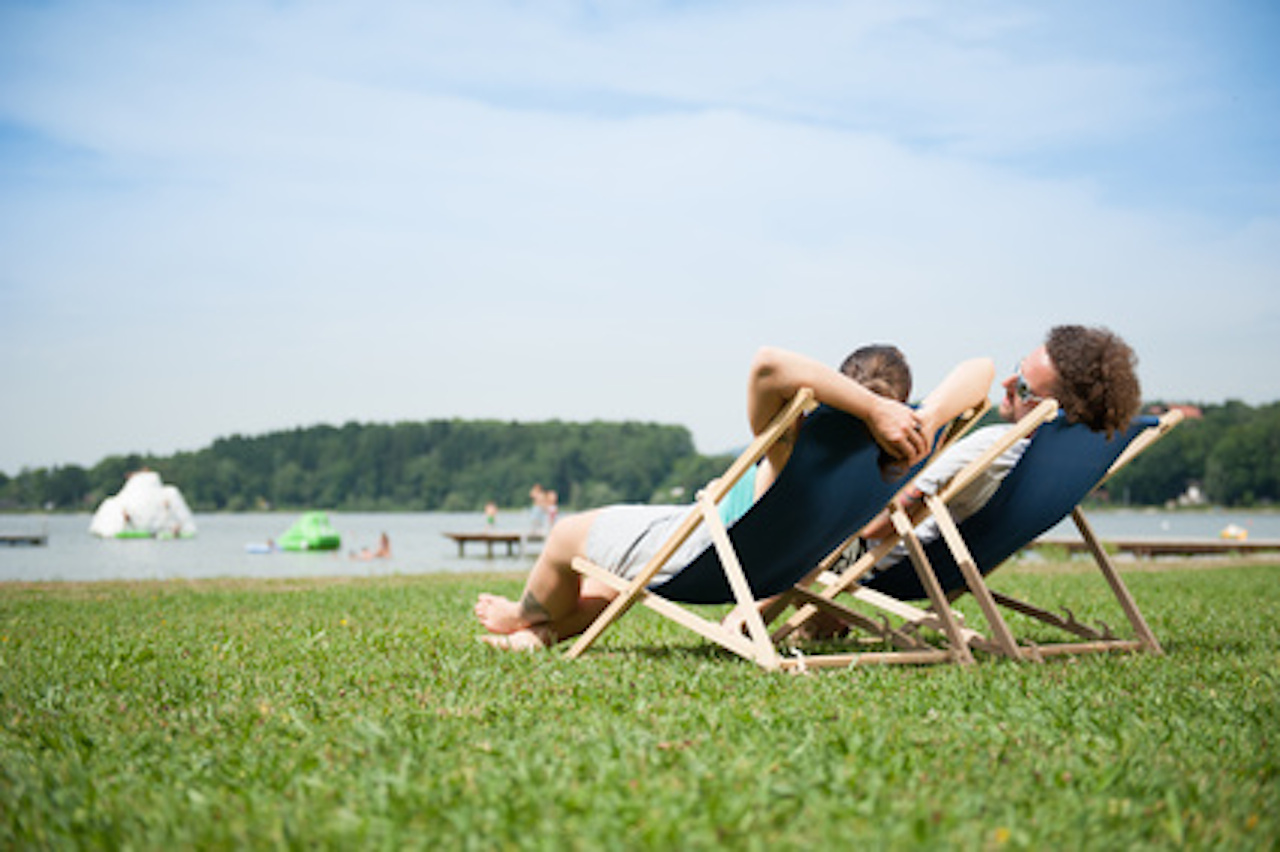 Chill as a noun means ‘a piercing coldness,’ or ‘the feeling of cold in the body.’ It is used figuratively to mean ‘unfriendliness,’ and it also means ‘a sudden fear or alarm.’ As a verb, chill means both ‘to become cold’ or ‘to make cold,’ and informally, ‘to relax or take things easy.’

chill out: relax, calm down. Example: “Stop worrying about your exams; you’ve studied hard, so just chill out.” Chill without out can also mean the same thing.

The Big Chill is the title of a 1983 movie, and you can see the movie trailer here:

Chill is often used by native speakers as an informal verb that means “to take things easy.” You might spend an evening chilling with your friends. However, in this sense, the word doesn’t have anything to do with the temperature. You can chill even if you are lying on a hot beach while sunbathing!

Chilly (cold) and chili (spicy peppers, or a spicy food made with ground beef) are pronounced the same way but mean very different things. In English we also sometimes pronounce Chile (the country) this way.

Chill, meaning ‘chill, cold, coolness or frost’ as well as ‘sensation of cold due to the weather or due to illness,’ dates back to before the year 900, as the Old English noun cyle, cele or ciele (Middle English chil or chile), and can be traced back to the Proto-Germanic kaliz (to be cold), from the Proto-Indo-European root gel– (cold’ or ‘to freeze’). Chill is related to the Latin gelare (to freeze), gelu (frost) and glacies (ice), as well as many Romance-language words that evolved from these, such as the Italian gelato and the Spanish helado (‘ice cream’ or, literally, ‘frozen’), the French glace, the Italian giaccio, the Spanish hielo and the Portuguese gelo (all meaning ‘ice’), the Romanian gheaţă (ice or coldness), and many more. It is also related to English words such as cold, cool, gel, gelatine, glace, glacial, glacier and jelly. In Middle English, chill developed a figurative sense meaning ‘suffering or misfortune,’ but it’s fallen out of use. The current figurative sense, ‘unfriendliness’ or ‘a depressing situation or influence,’ first appeared in the early 19th century. The verb, originally meaning ‘to feel cold’ or ‘to grow cold,’ comes from the noun, and dates back to the late 14th century. The transitive sense ‘to make cold’ appeared around the year 1400. The colloquial phrase chill out (relax) was first used in the 1970s, and chill alone soon after.

See full definition
Learn more about chill in our forums

Chill in other languages