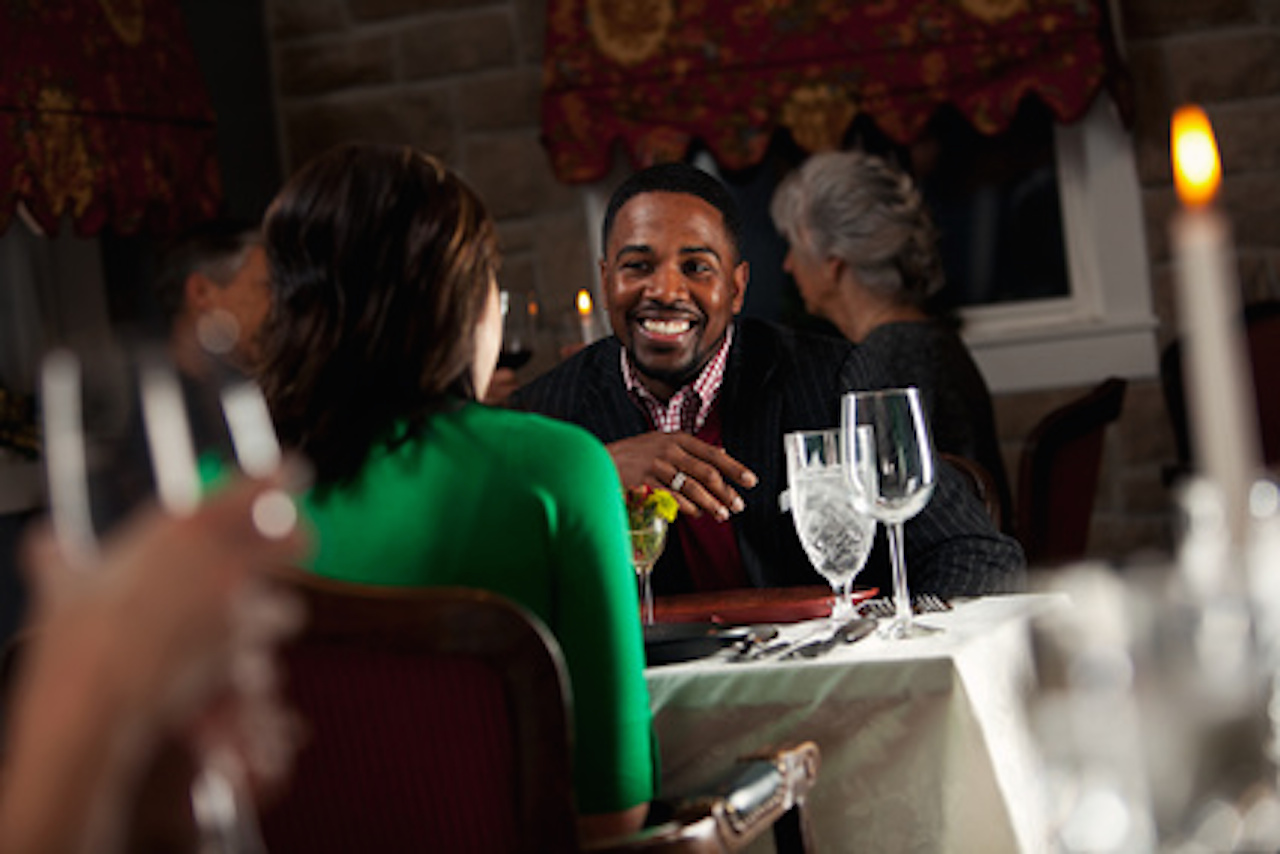 Eating dinner at a fancy restaurant

fancy that! (interjection): expresses surprise or disbelief. Example: “Fred admitted that he made a mistake. Fancy that!”

fancy dress: In the UK, this means ‘a costume.’ At British universities, students love to have fancy dress parties, though we would normally call these costume parties in the US. Example: “Neville wore a gorilla costume to the fancy dress party.”

Fancy-pants is an adjective that we use to describe things that we think are too sophisticated or elaborate. You can also use it as a noun (without the hyphen: fancy pants) to describe a person you think is pretentious or too well dressed. You can hear it being used like that in the song “Fancy Pants” from the 1950 movie of the same name here:

The verb fancy meaning ‘to like or want’ or ‘to imagine or picture’ exist in American English, but are rarely used. However, they are very common in British English. You will often hear British people saying things like “I really fancy some chocolate” or “Do you fancy going to the cinema tonight?” You also probably won’t hear an American say they fancy another person, but British people say that to mean they find someone attractive “My friend fancies Brad Pitt, but I think Johnny Depp is better looking.” In the US, we might use like to mean the same thing. Example: “Why do you keep on staring at José? Do you like him?”

Fancy dates back to the mid-15th century, as fant’sy. The noun, originally meaning ‘inclination or liking’ in late Middle English, emerged as a contraction of fantasy. It soon took hold as a word on its own, first written fantsy, then fansy, and finally fancy. Fantasy dates back to the early 14th century, and originally meant ‘illusory appearance.’ It came into English from the Old French fantasie or phantasie (vision or imagination), from the Latin phantasia, which was borrowed from the Greek phantasia (‘appearance, image or perception,’ as well as ‘power of imagination’), and it can be traced back to the Proto-Indo-European root bha– (to shine). Fancy is, therefore, related to the Sanskrit bhati (shines or glitters), the Greek phainein (to bring to light or to make appear) and phantazein (to make visible or display) and the Old Irish ban (‘white,’ ‘light’ or ‘ray of light’), as well as English words such as banner, beacon, beckon, emphasis, epiphany, phantom, phase, photograph, photon, photosynthesis and even the name Tiffany. In addition to the senses ‘whim, desire or inclination,’ which it took from fantasy, its meaning expanded to ‘the productive imagination’ in the late 16th century, while ‘a fanciful image or idea’ was first used in the mid-17th century. The adjective, meaning ‘fine, elegant or ornamental,’ dates back to the mid-18th century, and comes from the noun. The sense ‘of a fanciful nature,’ or ‘involving a fancy’ appeared in the late 18th century. The verb, meaning ‘to take a liking to (someone or something),’ dates back to the mid-16th century. It originated as a contraction of the Middle English verb fantasien (to fantasize), and like the noun, came from fantasy. The sense ‘to imagine’ also appeared in the mid-16th century, a few years after the first sense.

See full definition
Learn more about fancy in our forums

Fancy in other languages