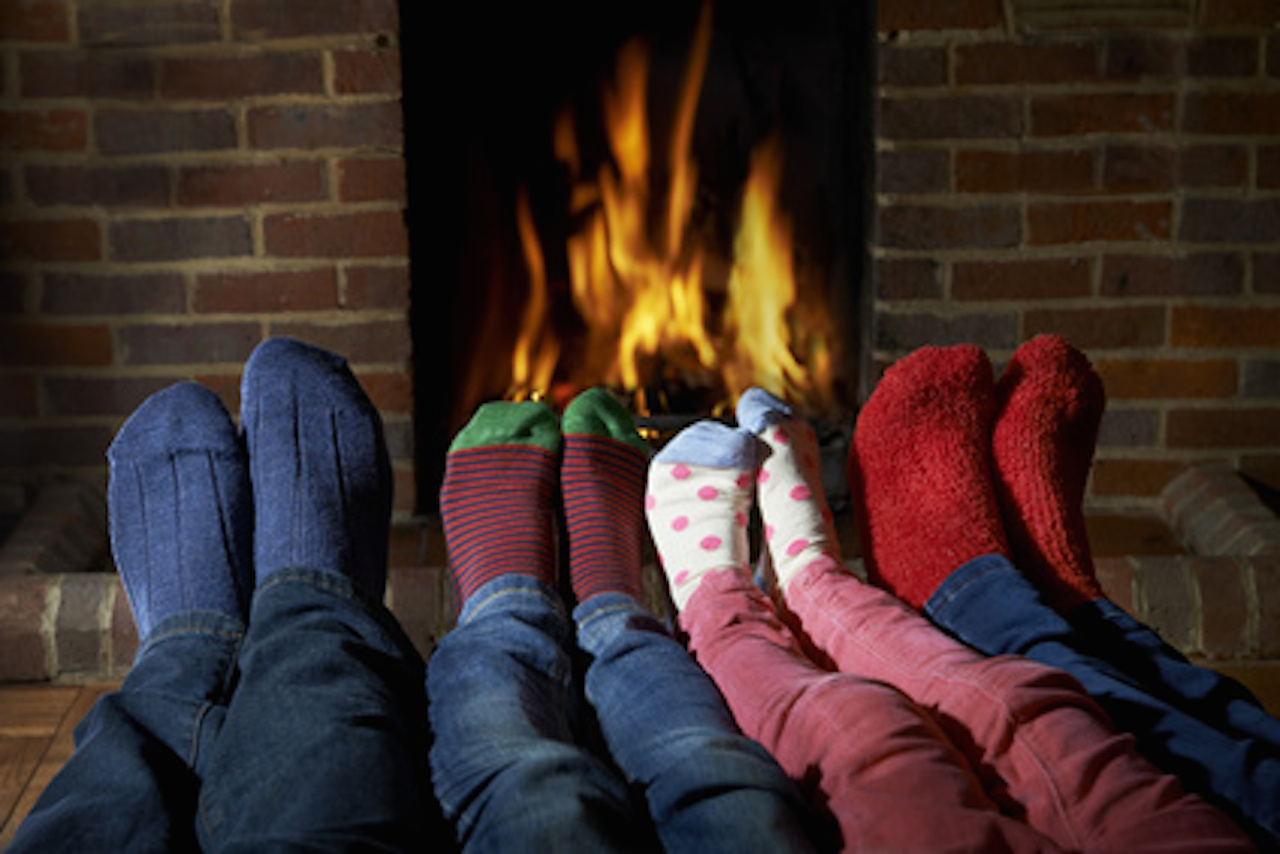 Cozy as an adjective refers to something that is intimate, comfortable and warm. As a verb, it is often use with up and means ‘to make more comfortable,’ or ‘to move closer looking for warmth and affection.’ But cozy is also used in a derogatory sense to talk about a convenient but dishonest activity, and to cozy up to someone in power means ‘to try to be friends with them just to obtain some benefit.’

tea cozy (US), tea cosy (UK): a kind of jacket you put on a teapot so the tea stays warm for longer. Similarly, an egg cozy (or egg cosy, in the UK) is a cover to keep a boiled egg warm. Example: “The yellow, floral tea cozy keeps the teapot warm and brightens the room.”

Watch Bing Crosby performing “Love Is Just Around the Corner” in the 1934 movie Here Is My Heart here. Listen out for the lyric “Any cozy little corner.”

We normally think of cozy as something or somewhere that makes you feel like you are being given a hug, so it is more suited to small cottages than spacious mansions. However, beware—if a real estate agent describes something as cozy, that almost certainly means it’s actually very small!

Cozy (or cosy) dates back to the early 18th century. Meaning ‘snug, comfortable or warm,’ the adjective was originally colsie, and was first used in Scottish dialect. Its origin is uncertain, but most linguists agree that it probably came from a Scandinavian source, such as the Norweigan koseleg or koselig (cozy) and kose seg (to enjoy yourself). The spelling of the word soon changed to cosie (which is sometimes still found in Scottish dialect), and then to cosy, which remains the most common spelling in the UK. The US spelling evolved further, to cozy, more closely matching its pronunciation. The verb comes from the noun, and dates back to the early 18th century as well. The noun tea cozy or tea cosy (a cover for a teapot) dates back to the mid-19th century, as does egg cozy.

See full definition
Learn more about cozy in our forums

Cozy in other languages