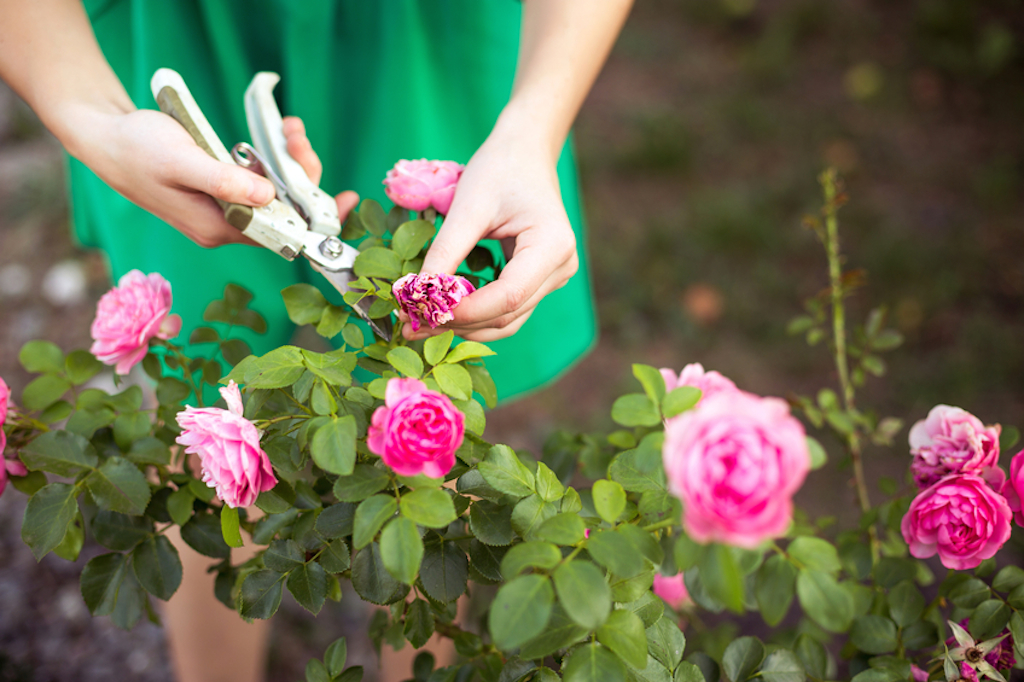 Nipping flowers off of a plant

To nip means ‘to squeeze something really tightly’ and also ‘to cut off,’ by either biting or pinching. We also use nip when it’s too cold meaning ‘to affect painfully.’ Informally, nip means ‘to defeat someone by a close margin’ and, mainly in US English, it means ‘to steal.’ As a noun, a nip is sharp bite, a small quantity of something, and also a biting cold.

nip something in the bud: to stop something before it really gets started. Example: “Tom’s parents didn’t approve of his relationship with Jane and tried to nip it in the bud as soon as they started seeing each other.”

nip out (mainly UK): go out briefly. Example: “I’m just nipping out to buy some bread.”

Cosmetic plastic surgery is often referred to as a nip and tuck, and Nip/Tuck is the title of a TV show set in a plastic surgery center. You can see a trailer for the show here:

Nip can also be a colloquial way to say nipple. This is most commonly found in the expression nip slip, which means that, because of a problem with a dress or shirt, someone’s (usually a woman) nipple can be seen.

Nip is also a small drink of liquor. Example: “Fred stopped in the pub for a quick nip before going home.” As a verb, it means to drink an alcoholic drink in little sips. Example: “Elsa nipped her glass of wine for an hour.”

Nip, meaning ‘to pinch sharply’ or ‘to bite suddenly,’ dates back to the late 14th century, in the form of the Middle English verb nippen. Its exact origin is uncertain, but linguists are fairly certain that it is related to, and possibly came into English from, the Old Norse hnippa (to prod). Nip is also related to the Middle Low German nipen (to nip or pinch), the German nippen and the Middle Dutch nipen (to pinch), and the Dutch nijpen (to prod). The sense ‘to break off the tip by pinching’ first appeared around the year 1400, and expanded to ‘check the growth or vigor’ of something or ‘to affect painfully, or blast as if by frost’ (because frost can stunt the growth of plants) in the late 16th century. The expression nip in the bud comes from this sense. The colloquial sense of to nip out (or nip in), meaning ‘to go out or come in very quickly,’ dates back to the early 19th century, and was first used in the UK. The noun, originally the Middle English nyppe, meaning ‘a sharp pinch or bite,’ dates back to the late 14th century, and comes from the verb. The sense expanded to ‘a fragment or bit pinched off something’ or ‘a small bit of anything’ by the year 1600, while the sense ‘a chill in the weather’ has been used since the early 17th century, and was probably related to the verbal sense ‘to blast as if by frost.’ The noun sense ‘a small drink of liquor’ dates back to the late 18th century. It is a shortened, slang form of nipperkin, which meant ‘an amount of beer or liquor that was less than half a pint.’ Its origin is uncertain, but it is thought to have come into English from the Dutch or Low German, so it is related to the German Nipp (a sip or taste), as well as to the other senses of nip. The use of the shortened form eventually overtook the full word, probably due to the influence of the other senses of the noun, ‘a bit or fragment.’

See full definition
Learn more about nip in our forums

Nip in other languages