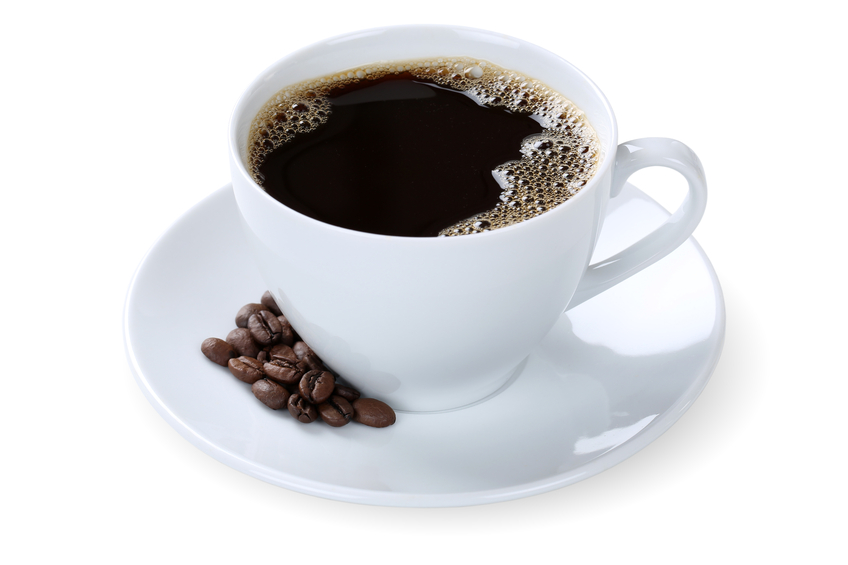 In the US we can informally refer to a cup of coffee as a cup of joe.

A cup is a container with a handle used for drinking or the content of this container, and it is also a unit of capacity equal to half a pint, used mainly in cooking in the US. Cup is also an ornamental, cup-shaped trophy given as a prize after winning a competition, and it is any cup-like thing, like the upper part of some flowers. The cup of a woman’s bra is the part that covers the breast. In US English, a cup is also an athletic support reinforced with rigid plastic or metal for protecting men’s genitals. As a verb, to cup means ‘to hold as if in a cup’ and ‘to form your hands into a cup shape.’

suction cup: a cup-shaped device that sticks to a surface when pressed down. Example: “I have a phone holder that sticks to the windshield of my car [that’s the big window in the front of a car] with suction cups.”

You may often hear the expression “my cup of tea” which means something that suits someone or that they like, or it can be something they don’t like if they say, “That’s not my cup of tea.” The expression is used as a song lyric in the famous musical The King and I starring Deborah Kerr. In the song “Getting to Know You” she talks about how happy she is to get to know her new students and that they are “precisely [her] cup of tea.”

Cups are also used in alternative therapy, with hot suction cups being applied to different points on the body. A lot of athletes used cupping during the Olympic Games, as some people think it can relieve muscle pain. You may have noticed the cup marks on their bodies, as in these images of the US swimmer Michael Phelps.

In the UK, drinking cups of tea is practically a national hobby and you don’t even have to say it’s tea you mean. If a British person ever offers you a cuppa, what they are asking is whether you would like a cup of tea.

Cup dates back to before the year 1000, though it was spelled cuppe in both Old and Middle English. It comes from the Latin word cuppa, a variant of cūpa, meaning ‘tub or cask.’ It was first used as a verb in the 14th century, and meant ‘to draw blood by cuppling.’ The meaning we use now, ‘to form a cup with your hands,’ first appeared in the early 19th century.

See full definition
Learn more about cup in our forums

Cup in other languages