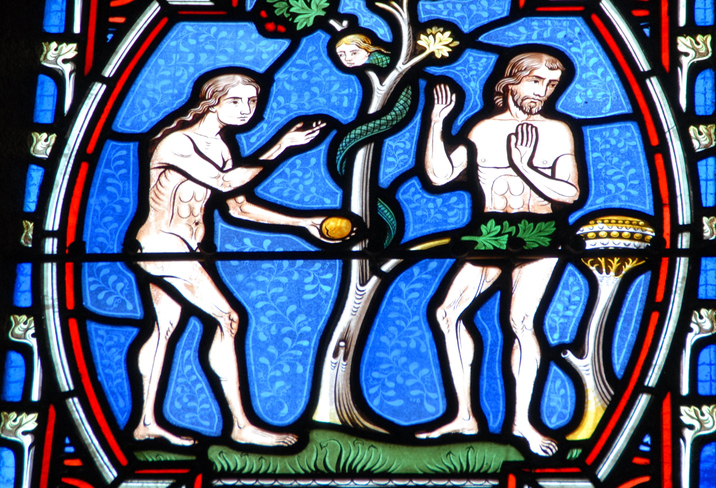 Eve is also a female given name, meaning ‘living’ or ‘life,’ and it was the name of the first woman, according to the Bible. In the Book of Genesis, God creates Eve as a companion for Adam, the first man. They lived together in the Garden of Eden until Eve, tempted by a serpent (that’s another word for a snake), ate the fruit of the tree of the knowledge of good and evil and shared it with Adam. God had forbidden them to eat the fruit of that tree, and so he cast them out of the Garden. According to the Bible, all of humanity is descended from these first two humans.