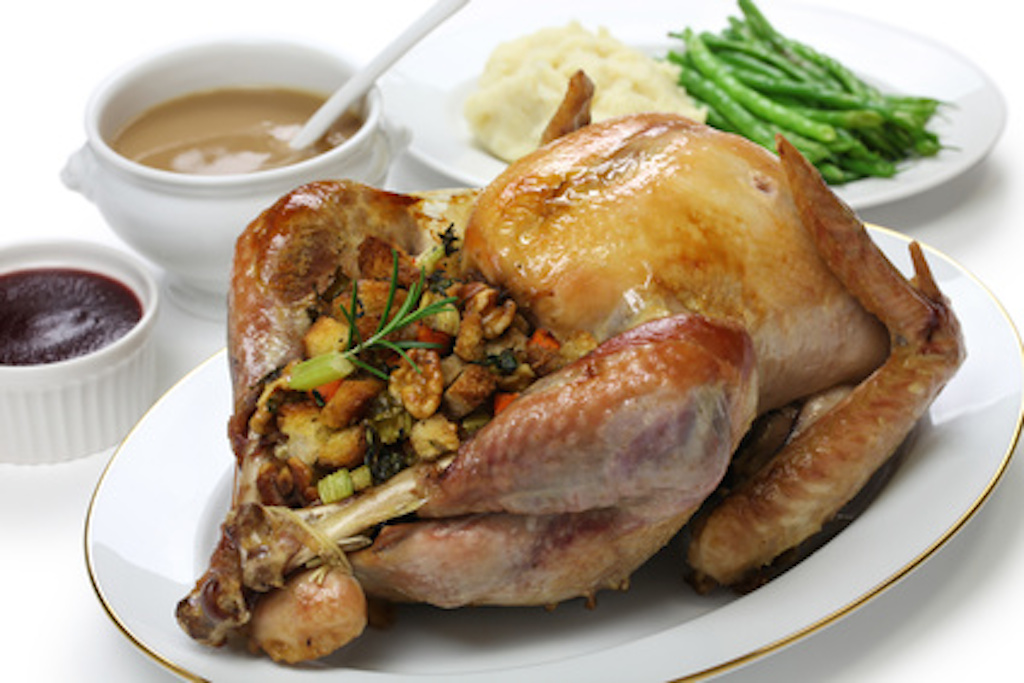 Earlier in the year we featured the word stuff. Stuffing comes from the cooking meaning of stuff, and it is the mixture used to stuff chicken, turkey, or other foods. In the North American tradition, stuffing is often made using bread, onions, celery, and black pepper (though, of course, every family has its own recipe) and it is used to stuff turkey for Thanksgiving. In England, stuffing is used in turkey or goose at Christmas. In other cultures, meats and vegetables are often stuffed with many things, including rice and vegetables. Of course, stuffing can also be the material inside cushions, toys, or furniture.

We call the Thanksgiving food stuffing because, theoretically, it is cooked inside the turkey, but nowadays many people actually bake stuffing separately and do not stuff it in the turkey at all. Cooks often suggest this because it can taste better this way, and you can also make more of it if you’re not restricted by the size of the turkey.

Watch this clip from the TV show Friends, in which Joey decides to use something unusual as stuffing for the turkey!

When we think of Thanksgiving, we usually picture the American holiday, celebrated on the fourth Thursday in November in the US and on the second Monday in October in Canada. But the tradition is much older. Many religions have prayers of thanks or thanksgiving ceremonies to celebrate the end of the farming season, and these ceremonies often include a large meal that people cook and enjoy together.

Stuffing, meaning ‘the material used for filling cushions,’ dates back to the 1520s. The sense ‘a seasoned mixture used to stuff birds for cooking’ appeared shortly afterwards, in the 1530s. Stuffing is a noun form that developed from the verb stuff (which we wrote about in February), specifically from its late 14th century meanings, ‘to fill a mattress or cushion with padding’ and ‘to fill a pastry, bird or other meat with seasoned food.’ You can check out the other definitions of stuff, as well as a detailed description of its origins here.

See full definition
Learn more about stuffing in our forums

Stuffing in other languages