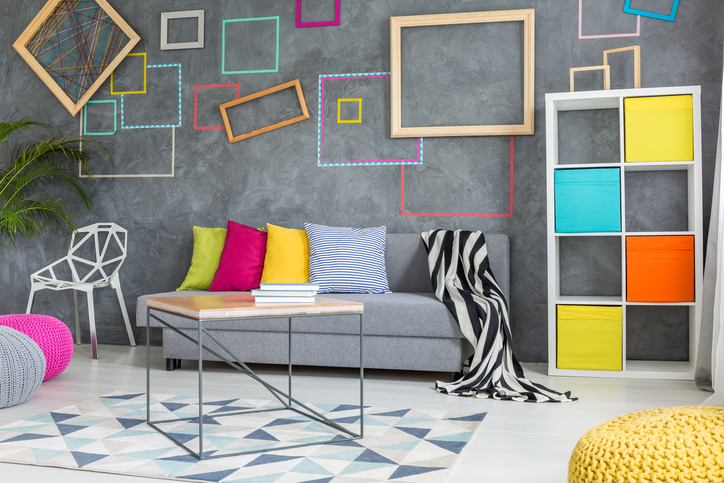 A frame is a border used to enclose a picture or a photo or, in building, a structure used as support, or a structure used for enclosing something, such as a door or window. Frame also means physique, if we are talking about the human body. In cinema, a frame is one of the successive pictures on a strip of film. As a verb, frame means ‘to construct’ or ‘to put in a frame.’ Informally, if you make someone innocent seem guilty, we say that you are framing them.

frame of mind: state, mood. Example: “Following his accident and the loss of his wife, Terry is not in the right frame of mind to make any big decisions at the moment.”

Listen out for the lyric, “We’re two of a kind, same frame of mind.”

Frames (normally in the plural) are the framework that encloses eye glasses. Example: “I’m thinking of getting some new glasses, as I’m bored of these old frames.”

Frame dates back to before the year 1000. The Old English verb framian (later framen, in Middle English) originally meant ‘to profit, to be helpful or to benefit,’ and came from the Old English adjective fram (active, vigorous or bold). The adjective, in turn, came from the OE prefix fram-, which meant ‘forward’ or ‘from.’ It was also influenced by the Old English verb fremman (‘to help forward or promote,’ and ‘to do, perform, make or accomplish’). It is related to the Old Norse frama (to further), the Old High German (gi)framōn (to do) and the German frommen (to avail, profit, benefit or be of use). The sense slowly evolved to ‘make ready’ (13th century) and then narrowed to ‘prepare timber for building’ in the late 14th century. This sense expanded to the framing of other objects. The sense ‘to compose or devise’ dates back to the mid-16th century, and the figurative sense, ‘to blame an innocent person,’ dates back to the 1920s (an earlier sense, ‘plot in secret,’ existed around the year 1900). The noun comes from the verb, and dates back to around the year 1200, though back then it meant ‘benefit, profit or advancement.’ The meaning expanded to ‘a structure following a plan’ by the mid-13th century, probably through the influence of similar Scandinavian words. The meaning ‘sustaining parts of a structure, fitted together’ dates back to around the year 1400, while the sense ‘enclosing border’ (such as a picture frame) appeared around the year 1600. The sense related to the human body is from the late 16th century, and expanded, through figurative use, to bicycles and cars in the 19th and 20th centuries, respectively. The film meaning is from the early 20th century.

See full definition
Learn more about frame in our forums

Frame in other languages