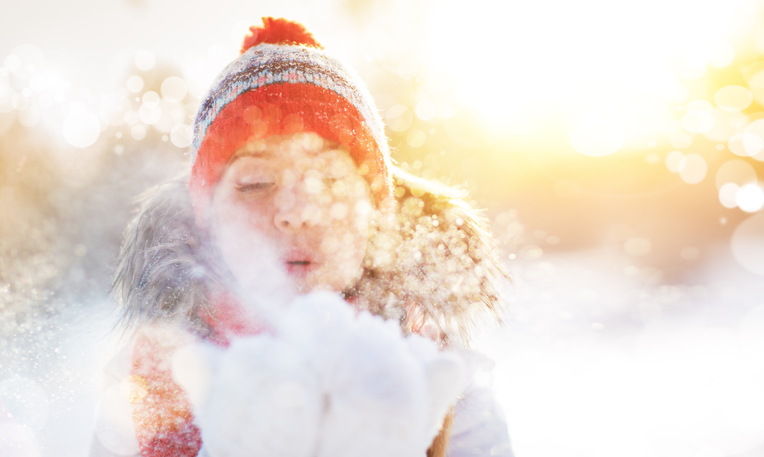 Flurry is a term used in meteorology and it means ‘a brief, gusting shower of snow or rain’ or ‘a gust of wind.’ Figuratively, a flurry is sudden excitement, commotion, or confusion. As a verb to flurry means ‘to move in an agitated way’ and also ‘to confuse’ or ‘to make nervous.’ If snow or rain flurries, it means it falls down or is blown in a flurry.

Listen to Dinah Washington singing “Mad About the Boy” here:

Listen out for the lyric “Lord knows I’m not a schoolgirl who’s in the flurry of her first affair.”

A flurry is also a brief period of busy trading or a brief rise or fall in prices on the Stock Market.

Don’t confuse flurry and furry. There is only one letter different in the spelling, but furry is an adjective used to describe something made of fur or something resembling fur.

Flurry dates back to the late 17th century, and was first used in the United States. The noun originally meant ‘a gust or squall’ (of wind) or, figuratively, ‘a burst of activity,’ and its origin is uncertain. Many linguists believe that it appeared as a combination of two words, flutter and hurry. However, others think it could have originally been imitative, while a few also point to an older origin, the verb flurr, which was used in the 17th century to mean ‘to scatter’ or ‘to fly with a whirring noise,’ possibly from the Middle English verb flouren (to scatter with flour or dust). The sense ‘a commotion or state of perturbed activity’ dates back to the early 18th century, and it has been used to describe a snow squall, now its main weather-related sense, since the early 19th century. As a verb, flurry dates back to the mid-18th century, meaning ‘to excite, confuse by excitement, or produce agitation.’

See full definition
Learn more about flurry in our forums

Flurry in other languages