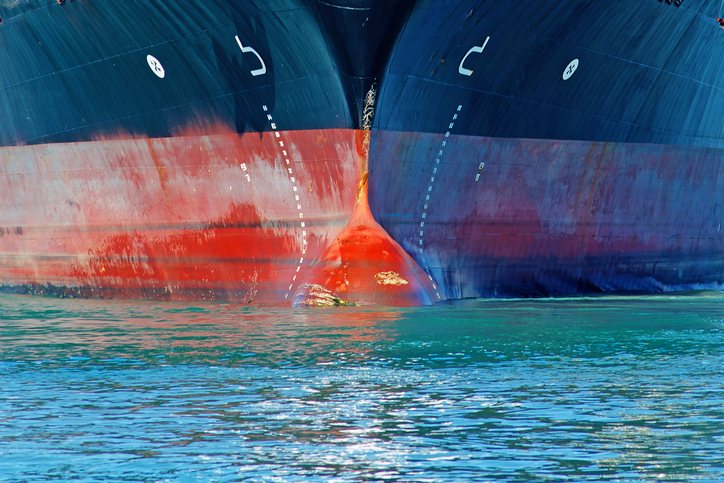 The hull is the outer covering of a seed or fruit or the shell or husk of peas or beans and also the calyx (the leafy part that originally surrounds the flower) of certain fruits like strawberries. As a verb, to hull means ‘to remove the hull.’ In naval terminology, the hull is the hollow, lowermost portion of a ship that floats partially submerged and supports the rest of the ship. The related verb to hull means ‘to pierce the hull of a ship below the water line.’

Hull is also the name of a river and a city in northern England (the city’s full name is Kingston upon Hull, but it is usually shortened to just Hull). Hull was the UK City of Culture in 2017. British indie rock band The Housemartins were originally from Hull and you can listen to their hit single Caravan of Love here:

A huller can be a person who hulls, but these days it is more likely to be a machine for removing the hulls from seeds.

Hull, meaning ‘husk or pod,’ dates back to before the year 1000. The Old English hulu (Middle English hol or hole). It can be traced back to the Proto-Germanic hulu– (to cover) and the Proto-Indo-European root kel- (to cover, conceal or save). It is related to the Old High German hulla, the German Hülle and the Dutch huls, as well as the Old English helan (to hide or cover), the Latin cēlāre (to hide or conceal) and the Greek kalýptein (to cover up), as well as English words such as hall, hell, hole and apocalypse. The verb, meaning ‘to remove the husk of something,’ comes from the noun, and dates back to the early 15th century. Hull, meaning ‘the lower part of the body of a ship,’ dates back to the mid-16th century. Many linguists believe that it is originally a figurative sense of hull (meaning a pod), due to the resemblance of this part of the ship to an open pod. In fact, many similar words in other languages make the same comparison: the Latin carina (keel of a ship) originally meant ‘nut shell,’ the Greek phaselus (light passenger ship) literally meant ‘bean pod,’ and the French coque (hull of a ship) also means ‘egg or walnut shell.’ However, some other linguists think that it evolved from the Middle English hoole (keel of a ship) which is related to hold (in the ship sense) and hole, and more distantly related to hull. It is possible, if the word evolved from this origin, that the spelling may have been influenced by hull.

See full definition
Learn more about hull in our forums

Hull in other languages