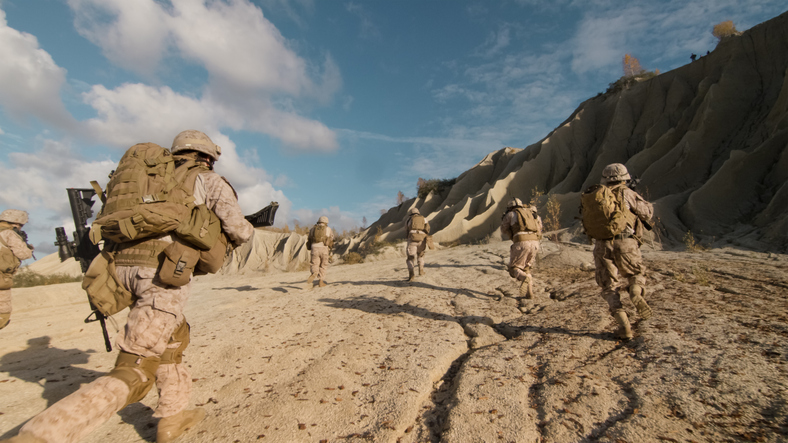 Foray is most commonly a noun, a quick raid, usually made for the purpose of robbing something or, more broadly, any quick and sudden attack. Figuratively, a venture outside your customary activity is also a foray. As a verb, to foray means ‘to attack or make a raid’ or ‘to cause damage in search of things to steal.’ It also means ‘to make one’s way, as for adventure or profit.’

Listen out for the lyric “And then we foray.”

The word foray is sometimes used in the context of going into the woods to hunt for mushrooms, though it is more common to use the related word forage (which means ‘to obtain food or provisions by searching’ or ‘an excursion in search of food or provisions’). Looking for wild mushrooms for eating is a popular activity in both the US and the UK, though of course it is important to know what you’re looking for and identify every mushroom carefully, to make sure you don’t eat anything poisonous. Here’s an interesting article from someone who want to go on a mushroom foray and forage in the UK (with an expert to help identify edible mushrooms).

Foray dates back to the mid-14th century. The Middle English verb forraien, meaning ‘to pillage or ravage,’ probably originated as a back-formation from forrayour, forreour or forrier (raider or forager), which came into English in the early 14th century from the Old French forrier or fourrier (forager), from the verb forrer (to forage), which in turn came from the noun forrage (‘pillaging or looting,’ foraging,’ or ‘fodder’). It can be traced back to the Frankish fōdar (fodder or sheath). from the Proto-Germanic fodra (fodder, feed or sheath) and the Proto-Indo-European root pa- (to protect or to feed). Foray is related to the Gothic fodeins (food or nourishment), the Old High German fuetar and German Futter (fodder or feed), the Dutch voeder (forage, food or feed), the Icelandinc fóður (fother, meaning ‘fodder or sheath’), and the Old English fōþor (fothor, meaning ‘food,’ ‘fodder,’ ‘covering,’ ‘case’ or ‘basket’), and foda (food or nourishment), as well as the Greek pateisthai (to feed), the Latin pabulum (food or fodder), panis (bread), the Avestan pitu– (food), the Russian pishcha (food), the French pain and Spanish pan (among other Romance-language words meaning ‘bread’), and English words such as companion, company, feed, fodder, food, forage, forster, fur, pantry, pastor and pasture. The sense ‘to scour an area for food or treasure’ dates back to the mid-19th century. The noun first appeared in Scotland in the late 14th century, and comes from the verb. Both the noun and the verb fell out of use before the 18th century, and were revived by the poet Walter Scott in the 19th century.

See full definition
Learn more about foray in our forums

Foray in other languages