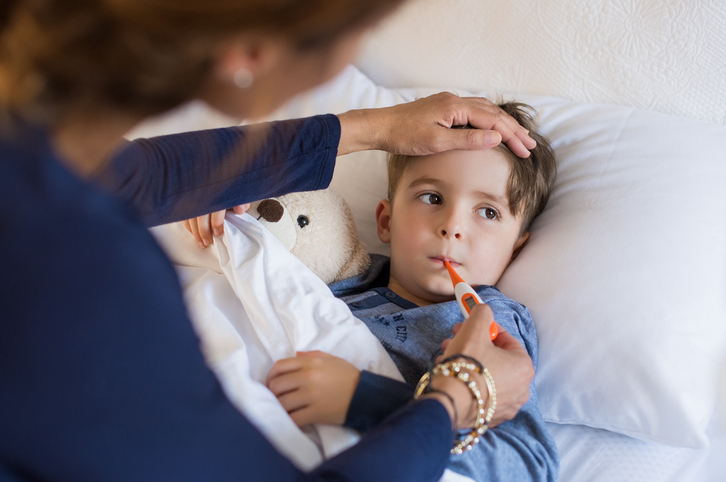 You might know already that sick means ‘ill or not well.’ If you feel sick, it can also mean that you want to vomit and, if you are being sick, it mean you are vomiting. If something makes you sick, it means it makes you ill or feel like vomiting or, figuratively, it makes you annoyed or disgusted with something or someone. If you are sick of something, that can mean that you are bored of it or disgusted by it. Sick also means ‘mentally or morally corrupt’ or ‘dwelling on or obsessed with that which is gruesome, sadistic, or ghoulish.’

call in sick: phone your employer to say you are unwell. You may do this because you are actually unwell or maybe just because you want a day off. Example: “It’s a shame to have to spend such a beautiful day in the office; I think I’ll call in sick.” (In UK and Australian slang, if you pretend to be sick to get a day off work, that’s called pulling (or: chucking) a sickie.

sick to your stomach: nauseated. Example: “Watching that horror film made me sick to my stomach.” (In some parts of the US, the expression is “sick at your stomach.”)

Sick, Sad World is a spoof TV news show from the MTv show Daria. You can see examples of the kinds of “stories” the show reports here:

Don’t confuse sick with sic. If you write [sic] after something that is misspelled or grammatically incorrect, that means you have written it that way deliberately, normally because it is an exact quotation of something someone else has written or said. However, sic also has a meaning as a verb (and as a verb, it can also be spelled sick), which is ‘to urge or order to attack.’ It is normally used either as a command to dogs or to talk about someone urging a dog to attack, but it can also be used more figuratively. For example, you could say, “The businessman sicced (or: sicked) his lawyers on the newspaper over the allegations it had made.”

Sick can also be a noun meaning ‘vomit.’ Example: “The party was over and all that was left was a pile of empty beer cans and a puddle of sick on the carpet.” Sick can also be used as a collective noun, meaning ‘those who are sick,’ usually after the article the. Example: “The sick are being taken to the hospital in the next town for medical care.”

Sick, meaning ‘ill or unwell,’ dates back to before the year 900, in the form of the Old English adjective sēoc (sik or sek in Middle English), which could be used to mean ‘ill, diseased, feeble or weak,’ ‘corrupt,’ or ‘sad or troubled.’ It can be traced back to the Proto-Germanic root seuka-, but its origin before then is uncertain. Sick is related to the Old Norse sjukr, the Danish syg, the Old Saxon siok, the Old Frisian siak, the Middle Dutch siec, the Dutch ziek, the Old High German sioh and the Gothic siuks, all of which mean ‘sick or ill.’ The sense ‘tired of something’ dates back to the late 16th century, while the more specific sense, ‘affected with nausea or having the need to vomit’ first appeared in the early 17th century. The meaning ‘morally corrupt’ has been used with its modern, colloquial sense since the 1950s, but it is actually a revival of an older meaning, ‘spiritually or morally corrupt,’ which was common in the mid-16th century, and dates back to Old English. The noun, meaning ‘those who are sick,’ dates back to before the year 900, in the form of the Old English noun sēoce.

See full definition
Learn more about sick in our forums

Sick in other languages