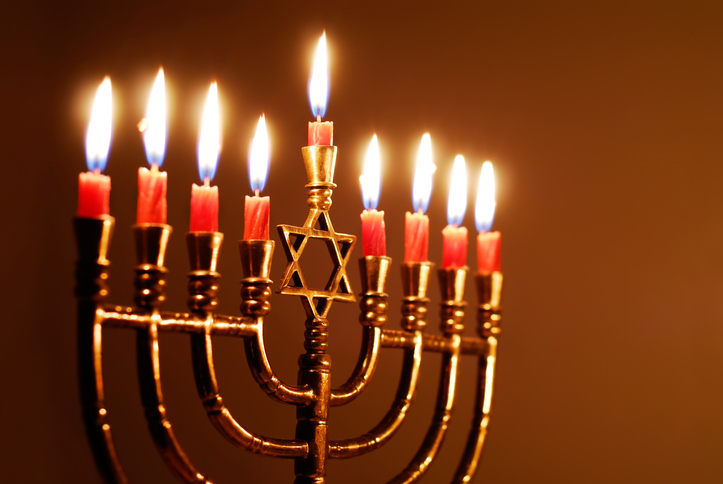 Light, meaning ‘brightness, radiant energy or what makes things visible’ dates back to before the year 900. The Old English noun lēoht and later lēht originally meant ‘light or daylight.’ It can be traced back to the Proto-Germanic leukhtam and the Proto-Indo-European root leuk- (light or brightness). It is related to the Old Saxon lioht, the Old Frisian liacht, the Middle Dutch lucht, the Dutch licht, the Old High German lioht, the German Licht and the Gothic liuhaþ (all meaning ‘light’), as well as the Greek leukós (bright, shining or white) and the Latin lucere (to shine) lūx (light) and lucidus (clear). Countless words in many European languages can be traced back to this root, including the English words lucid, elucidate, leukemia and illustration, and even the name Lucifer. The noun became light in Middle English, with the ‘g’ added to emphasize the hard ‘h’ pronunciation (we no longer pronounce it that way, but we kept the spelling). The figurative sense, ‘spiritual illumination,’ has been used since Old English, but it expanded to ‘mental illumination’ in the mid-15th century. The meaning ‘something used for igniting an object’ dates back to the late 17th century. The expression ‘the light of someone’s eyes,’ meaning that person’s source of joy or delight, has existed since Old English, while “to see the light” appeared in the late 17th century. The adjective, with many of its different meanings, also dates back to before the year 900, and has the same origin as the noun (it’s impossible to know which came first). The Old English adjective lēoht (and adverb lēohte) could mean ‘not heavy,’ ‘lightly constructed,’ ‘easy to do,’ ‘quick,’ ‘luminous, bright or shining’ or ‘beautiful,’ but a common meaning for us, ‘pale-hued’ is from the mid-16th century, when many other color-related adjectives appeared. The verb also dates back to before the year 900, in the form of the Old English verb līhtan, and then the Middle English lighten. It could mean ‘to ignite or set on fire’ and ‘to make less heavy,’ as well as, figuratively, ‘to illuminate or fill with brightness.’ Another meaning, just as old, is ‘to touch down’ (like a bird or an aircraft landing) or ‘to descend or get down’ (from somewhere or something, like a horse). This meaning has been mostly taken over by the verb alight, but still exists in phrases like ‘to light on.’