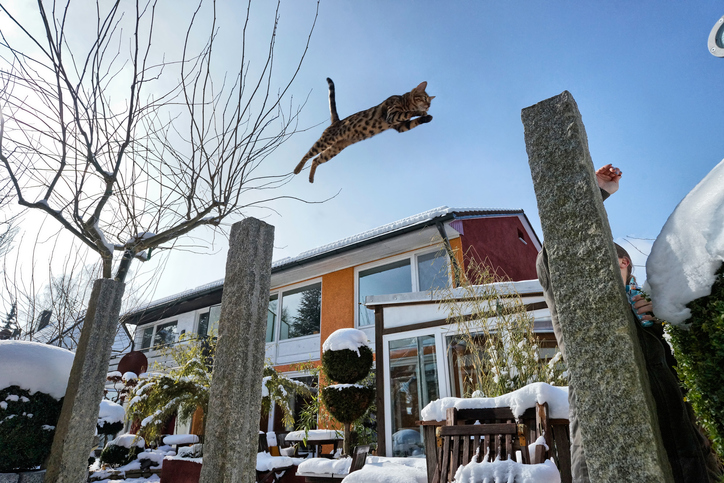 Nimble means ‘quick and light in movement,’ that is, active, rapid or agile, and it can be used to talk about people or animals or parts of the body. Minds can be nimble too and this means they’re quick to understand or think. If something like a story, plan, or strategy is nimble, it means it is cleverly constructed or carried out.

Listen to Black Sabbath singing “TV Crimes” here. Listen out for the lyric “Jack is nimble, Jack is quick:”

Why are Black Sabbath singing about Jack being nimble? The lyric is taken from a nursery rhyme that most native English speakers would know. The full rhyme is: Jack be nimble, Jack be quick, Jack jump over the candlestick. Jumping over candlesticks was a form of fortune telling and a sport in the nineteenth century, when the rhyme was written. You can read more about the origins of the rhyme and about some other songs it features in here, and you can watch the Three Stooges acting out the rhyme here:

They also say the first lines of two other nursery rhymes that feature a Jack: “Jack and Jill went up the hill” and “Jack Sprat could eat no fat”—Jack is a popular name for English nursery rhyme characters!

Nimble, meaning ‘agile or quick,’ dates back to before the year 1000, at least according to some linguists, in the form of the Old English adjective nǣmel (receptive or quick to grab), from the stem nǣm-, a variant of the verb niman (to take), plus the frequentative suffix –el or –le. Other linguists date nimble back to the late 13th century, when the Middle English adjective nemel, nymel, nymyl, nemyll or nymell (all these spellings coexisted, with nymel becoming most common in late Middle English) appeared as the merger of the Old English nǣmel and another Old English adjective, numol (able to take, capable), which also came from the verb niman. Either way, nimble can be traced back to the Proto-Germanic nemanan and the Proto-Indo-European root nem– (to assign, allot ot take). It is related to the Old Saxon, Old Dutch and Gothic niman, the Old Norse nema, the Old Frisian nima and the German nehmen (all meaning ‘to take’), as well as the Greek nemein (to deal out) and nemesis (just indignation), the Latin numerus (number), the Spanish and Portuguese número (number), together with many other Romance language equivalents, the Lithuanian nuoma (rent or interest), the Middle Irish nos (custom or usage), and English words such as agronomy, astronomy, autonomous, economy, enumerate, gastronomy, metronome, nemesis, nomad, numb, number, numerous and taxonomy. The spelling of numel eventually shifted to nimle, with the -b– appearing (for the modern spelling nimble) around the year 1500, for reasons unknown.

See full definition
Learn more about nimble in our forums

Nimble in other languages