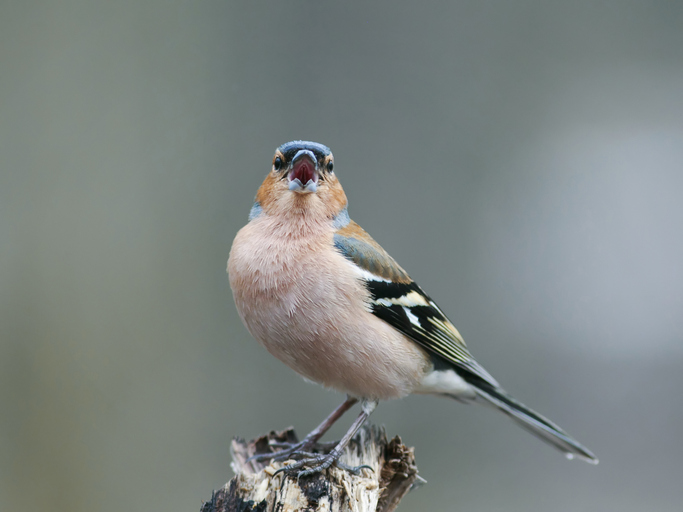 A trill is a rapid alternation between two nearby musical tones or a similar quavering sound, such as that made by a bird or by a person laughing. As a verb, it means ‘to sing, pronounce, or play with such a sound,’ ‘to resound vibrantly or with a rapid succession of sounds,’ or ‘to utter or make a succession of sounds resembling such singing.’ Although now archaic, trill also means ‘to flow or cause to flow in a thin stream.’

The Trill are an alien species in the sci-fi TV series Star Trek. The Trill are a symbiotic species; they have the ability to join with another being, which they call a “symbiont.” You can see two Trills talking about joining in this clip from Star Trek: Deep Space Nine:

In phonetics, a trill is a sequence of rapid vibratory movements produced by a rush of air causing a sequence of contacts between the vibrating articulator and another organ or surface. This sound can be heard in the “r” of many languages, as you can hear in this video:

If you are still not quite sure what a trill sounds like, this chipping sparrow should be able to help you:

Trill, meaning ‘ a quaver or warbling in singing,’ dates back to the mid-17th century. It came into English from the Italian trillare, Spanish and Catalan trillar, and other Romance language verbs meaning ‘to trill,’ as well as (if the Germanic origin is true), the Middle Dutch trillen (to tremble) and Dutch trillen (‘to tremble or twitch,’ as well as ‘to vibrate or oscillate’) and, according to some, the Middle English verb trillen, meaning ‘to shake or rock something’ (we will get back to this later). By the late 17th century, the use of trill had been extended to the same sound in any use of the voice (like laughing), as well as similar oscillating sounds. It has been used to mean ‘a specific type of sound in phonetics’ since the early 19th century. The verb, meaning ‘to make a quivering sound,’ also dates back to the mid-17th century (though a decade or two after the noun), and came into English from the Italian verb trillare. Trill, meaning ‘to flow in a thin stream’ or ‘to make flow in a thin stream,’ is actually older. It dates back to the early 14th century, as the Middle English verb trillen, meaning ‘to make something flow or roll’ (especially water or tears), or ‘to make something turn.’ It came into English from the Old Danish triljæ, though its origin before then is uncertain. Linguists disagree whether this verb’s origin is the same Middle English trillen mentioned above, so we can’t say for certain if all the meanings of trill are related.

See full definition
Learn more about trill in our forums

Trill in other languages