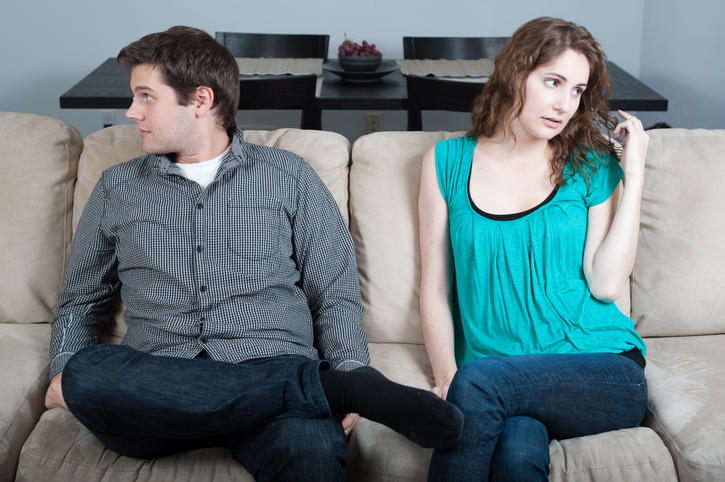 Awkward is an adjective that can mean clumsy, unskillful, embarrassing, or physically uncomfortable. In addition, it is often used in everyday conversation to mean emotionally uncomfortable and causing unease, and it is also an interjection used in situations that cause emotional discomfort or embarrassment.

awkward silence: a longer-than-normal pause in conversation that makes people feel uncomfortable. Example: “There was an awkward silence when John came into the room and he knew straight away that something was wrong.”

That Awkward Moment is a 2014 movie starring Zac Efron. You can see the movie trailer here:

Awkward dates back to the mid-14th century. In Middle English, originally meant ‘in the wrong direction,’ and was formed by the combination of the adjective awk(e) or auk(e) (back-handed, wrong or off) and the suffix –weard (in the direction of), but this sense is now obsolete. Awk, which is no longer used on its own, came from the Old English afoc or afu(h)lic, which came into English from the Old Norse ǫfugr, ǫfigr or afigr (turned backwards), and can be traced back to the Proto-Germanic afug– and the Proto-Indo-European root apo– (away). Awkward is related to the Danish avet (backwards), the Swedish avig (turned backwards), the German äbich and the Gothic ibuks (turned back), as well as the apāc, (turned away), the dialectal Danish ave (to turn), the Icelandic öfga (to reverse), and English words such as apocalypse, apostle, of, off and overt. It was first used as an adjective, meaning ‘turned the wrong way,’ in the early 16th century. The sense ‘clumsy or lacking grace’ first appeared in the early 16th century, and it has been used to describe people who are ‘ill at ease or embarrassed’ since the early 18th century.

See full definition
Learn more about awkward in our forums

Awkward in other languages