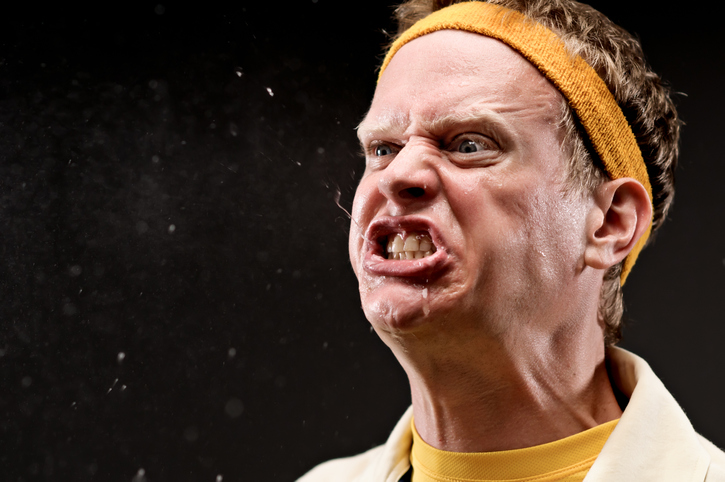 As a noun, freak means ‘a very strange person, animal, or thing.’ It can also be a person with an irrational obsession, or someone who behaves unusually. As an adjective, it means ‘strange, odd or rare.’ As a verb, it means both ‘to become and to make someone nervous or excited,’ or ‘to lose control.’ In this sense, it’s most commonly part of the phrasal verb freak out.

freak accident (noun): An accident that occurs because of a strange or unusual set of circumstances. Example:

freak show (noun): This used to be part of a circus where people with deformities were displayed. Now the term is sometimes used informally, especially by young people, to suggest that someone’s behavior is unusual enough to be disturbing.

control freak (noun): A person who is obsessed with being in control of everything.

Freak can also mean ‘a warrior’ or ‘a brave person.’ This sense is now very rare, but you might come across it in old literature.

As a phrasal verb without an object, freak out means to behave in a very emotional way, but it can refer to almost any strong emotion. Normally it is clear from the context: “When I was late this morning, my boss completely freaked out and yelled at me in front of my colleagues.” “Bella freaked out when she realized she had won the lottery.” As a phrasal verb with an object, freak out means to scare or upset someone: “Harry liked to freak his sister out by putting spiders in her bed.”

Freak dates back to the mid-16th century, and originally meant ‘a sudden and unexplained change of mind.’ Its origin is uncertain, but some linguists think that it evolved from the Middle English verb friken (to move briskly or nimbly), from the Old English frīcian (to dance). Others point to a rare 15th century word, freking (whims or capricious behavior), also of unknown origin. A third theory is that it evolved from the Middle English adjective frek (bold, brave, fierce, eager or zealous), from the Old English frec (bold, eager or greedy). If this is the case, freak is related to the German frech (bold or impudent). The sense ‘capricious notion’ also dates back to the mid-16th century, while ‘unusual thing or fancy’ was first used in the late 18th century. The sense ‘abnormal person or thing’ appeared in the 19th century, when the expression freak of nature became common in variety show ads related to bearded ladies, strongmen and even albinos. Freak, as slang for ‘drug user,’ dates back to the 1940s, but it rare today. The verb comes from the noun and, meaning ‘to streak or flex randomly,’ dates back to the early 17th century, but this use is uncommon outside of zoology and biology. The meaning ‘to change or distort’ appeared in the early 20th century, and led to the more common meanings we use now, ‘to lose control’ and ‘to become or make someone nervous or excited.’ Both date back to the early 20th century. The other noun freak, meaning ‘a warrior’ or ‘a brave person’ (usually a man), which is rare, dates back to the 15th century, and came into English from the Scottish freik, which can be traced back to the Middle English freke or freike and the Old English freca (‘a warrior’ or ‘a bold man’), from the adjective frec. It may, therefore, be related to the other senses of the word.

See full definition
Learn more about freak in our forums

Freak in other languages