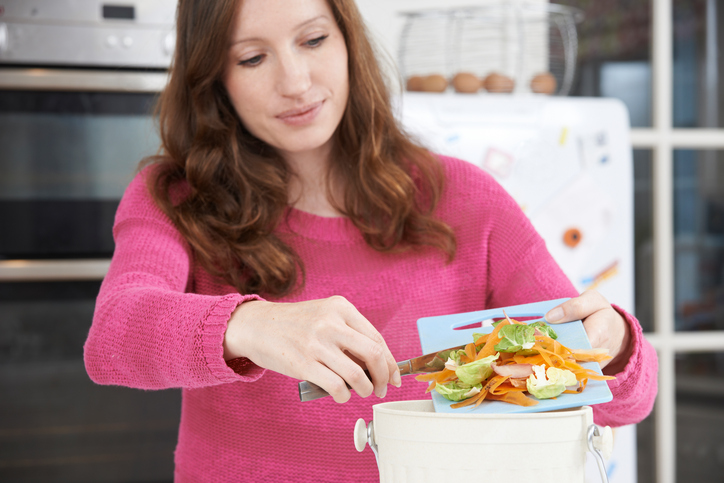 The word waste has several meanings. As a verb, it can mean ‘to spend or use something without taking advantage of its full potential’ or ‘to spend or use something recklessly.’ It can also mean ‘to cause to become weak or thin.’ As a noun, it can be useless consumption or expenditure or neglect instead of use. It can also be unwanted material or leftovers of certain processes, or garbage or excrement. As an adjective, it can mean ‘not used,’ ‘rejected as worthless,’ or ‘designed to hold or carry waste.’ If we are talking about land or a region, it means ‘barren’ or ‘desolate.’

a waste of money: an expression that means that something is not worth what you spent. Example: “Lots of people join the gym in January and pay for a year’s membership, but they only go a few times, so it’s a waste of money.”

go to waste: means that something is being wasted. Example: “French grocery stores have to give leftover food to charities so that it doesn’t go to waste.”

lay waste to something: to destroy completely. Example: “The invading army laid waste to the city; it was in ruins when they left.”

waste away: to become weaker and thinner, often because someone is sick. Example: “It is difficult to work in a hospital and watch patients waste away despite our best efforts to cure them.”

A wasteland is a barren or abandoned area of land that is no good for growing crops or is no longer used for building anything. The word can also be used figuratively to talk about anything that is considered to be culturally, intellectually, or spiritually barren. “A Wasteland” is also the title of a song by Bryan Ferry, and you can watch him performing it here:

While most countries are looking for ways to get rid of it, Norway is actually paying to import waste. And if you think this is a waste of money, you may want to reconsider. They are actually making even more money by burning it to produce energy.

Waste dates back to the late 12th century, in the form of the Middle English verb wasten (‘to waste’ or ‘to lay waste’), and came into English from the Anglo-French and Old North French waster (to waste, ruin, squander or spoil), from the Old French gaster. The replacement of the g by a w was probably influenced by the Frankish wostjan. It can be traced back to the Latin vastare (to lay waste) from the adjective vastus (desolate or empty) and the Proto-Indo-European root wasto– (empty or abandoned), a derivative of eue– (to leave, abandon or give out). Waste is related to the French gâter (to waste), the Spanish and Portuguese gastar (to spend) and the Italian guastare (to ruin or lay waste), as well as many other Romance language words. It is also related to the Sanskrit una– (deficient), the Avestan va– (lack), the Persian vang (empty or poor), the Armenian unain (empty), the Latin vanus (’empty or void’ as well as ‘idle or fruitless’), the Old Norse vanta (to lack), and English words such as avoid, devastate, devoid, evacuate, vacant, vacation, vacuum, vain, vanish, vanity, void, want and wanton. The senses ‘to weaken’ and ‘to lose strength or heath’ appeared around the year 1300, while the most common sense now, ‘to spend, squander or consume’ (usually with a negative connotation), is from the mid-14th century. The noun also dates back to the late 12th century. Originally meaning ‘desolate regions,’ waste does not come from the verb; rather, it came into English from the Anglo French (and Old North French) noun wast (‘wasteland or moor’ as well as ‘damage or destruction’), from the same origin as the verb. The senses ‘useless expenditure’ and ‘consumption or depletion’ both date back to around the year 1300, while the meaning ‘refuse or trash’ appeared in the late 14th century. Waste has also been used as an adjective since around the year 1300, to describe ‘desolate or uncultivated’ land (this gave us wasteland). The senses ‘excessive or superfluous’ date back to the 14th century, while ‘unfit for use’ is from the mid-17th century.

See full definition
Learn more about waste in our forums

Waste in other languages