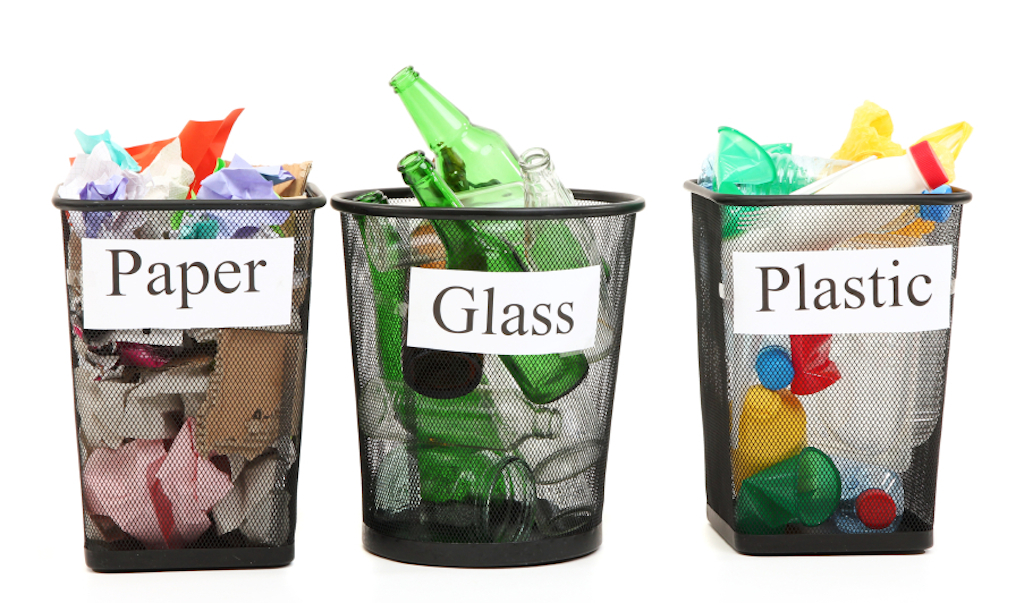 You can sort recyclables according to their material.

As a noun, sort means ‘kind’ and refers to a particular group or type, and when talking about people, especially in UK English, it means ‘of a particular character or nature.’ As a verb, sort means ‘to arrange something in groups’ or ‘to classify it in a particular order.’ In computing, a sort is the arrangement of data.

sort of: an informal way of saying ‘to some extent.’ Example “Are you sure about doing it?” “Sort of, but I’m worried it will be too difficult.”

sort out (verb): create clarity, order or resolve something difficult. Example: “We need to sort out our differences or we’ll never be able to work together.”

sort out (noun, UK): tidying by putting things in order and throwing out things that are no longer needed. Example: “My food cupboard really needs a sort out; I can’t find anything in there.”

out of sorts: annoyed, upset, or ill. Example “He’s feeling out of sorts today, so he called in sick.”

Listen to U2 singing their song “A Sort of Homecoming” here:

In UK English, sorted, the past participle of sort, can be used informally as an interjection when you want to say that something has been dealt with, a solution to a problem has been found, or a course of action has been decided upon. Example: “Did you manage to get all your work done?” “Yes, sorted!” or “So, Gavin is going to take over this project? Great, sorted!” In US English, there is not a single word we use when they would say sorted in the UK. Instead, we usually just say a sentence that makes sense, given the context. For example: “Yes, I finished it,” “Yes, it’s taken care of,” or “Yes, he is.”

Sort, originally meaning ‘a kind or variety of something’ (often people or animals) or ‘a group of people or animals,’ dates back to the mid- to late 13th century, in the form of the Middle English noun sorte, soort or sort. It came into English from the Old French sorte (class or kind), which can be traced back to the Latin noun sors, which could mean ‘lot,’ ‘fate or destiny,’ ‘portion or share,’ ‘rank or category,’ ‘sex or class’ and even ‘prophecy or oracular response,’ and the Proto-Indo-European root ser– (to line up). Sort is related to the Dutch soort, the German Sorte, the Danish sort and the Swedish sort (all meaning ‘sort’), as well as the Sanskrit sarat– (thread), the Greek eirein (to fasten in rows), the Latin serere (to join or link together) and series (row, chain, series or sequence), the Gothic sarwa (armor), the Old Norse sörve (a necklace of stringed pearls), the Old Irish sernaid (he joins together), the Welsh ystret (a row), and English words such as assert, desert, dissertation, exert, insert, series, sermon and sorcery. The senses related to fate or prophecy had become less common by the time the word came into English, and it continued to evolve, so by the mid-15th century, sort meant ”a group class or category of items,’ ‘a kind or type of thing’ or ‘a pattern or design,’ and was mostly not used about animals or people, except for a colloquial use in the UK. The expression out of sorts first appeared in the early 17th century, and literally meant ‘out of stock,’ though the figurative sense, ‘not in the usual condition,’ soon took over. The verb dates back to the mid- to late 13th century, and can be traced back to the Old French verb sortir (to sort, allot or assort), from the same source as the noun.

See full definition
Learn more about sort in our forums

Sort in other languages