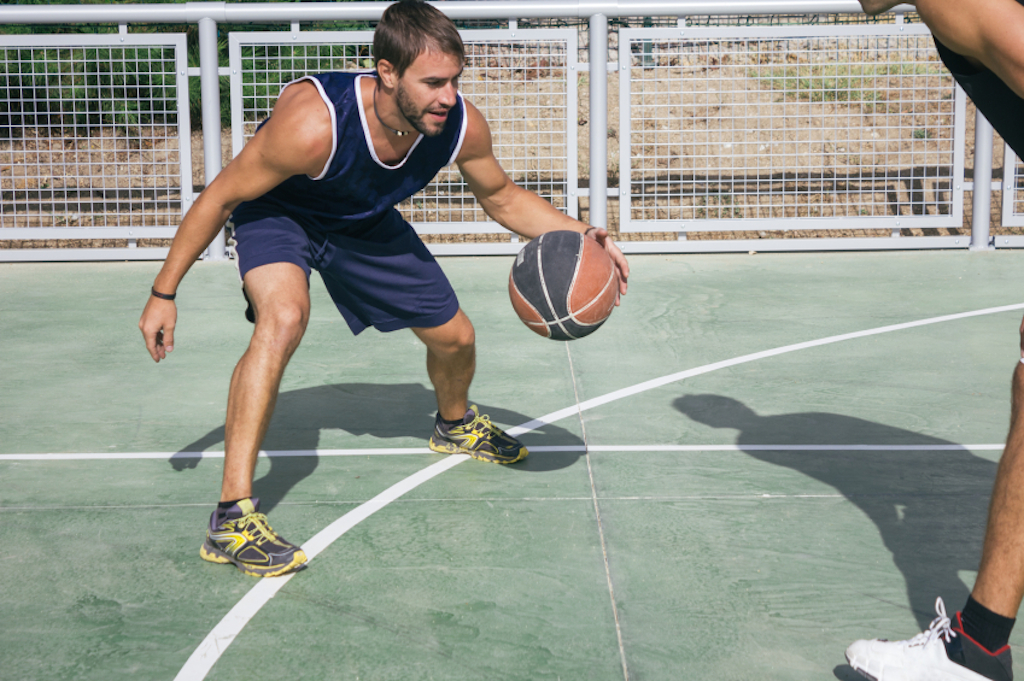 Being able to bounce a ball is an essential skill in basketball.

Bounce means ‘to hit a surface and rebound, or go back,’ as balls usually do. It can also mean ‘to move or walk in a happy and lively way.’ If we say that a check bounces, it means that the payment has been refused because there is not enough money in someone’s account. As a slang term, it means ‘to expel or dismiss someone.’ As a noun, a bounce is a rebound or the ability of an object to rebound. It is also used as a synonym for ‘energy’ and ‘vitality.’

bounce back: recover from an illness or failure. Example: “The athlete lost all her races in the 2018 games, but in 2022, she bounced back and won nearly everything.”

bounce off the walls: have too much nervous energy, be overexcited. Example: “All the children at the party have been eating sugary snacks and now they’re bouncing off the walls!”

Listen to Bobby Vee with his 1961 hit “Rubber Ball” and read the lyrics here. You’ll hear bounce and its related adjective bouncy several times in the lyrics.

Bounce can also be used to say that an email has been returned to the sender, perhaps because the address was wrong or because there was a problem with the recipient’s email account. If this happens to you, you can call the person and say “Hey, I keep trying to email you, but all my messages bounced!”

Bounce, meaning ‘to bump or hit,’ dates back to the early 13th century, in the form of the Middle English verb bunsin or bounsen. Its origin is uncertain, but it could have emerged as a variation of the verb bunkin. Another theory is that it came into English from the Middle Dutch bonken (to thump or belabor) or bonzen (to knock or bump), or from the Low German bunsen. It could also be imitative in origin. The sense expanded to include ‘to hit a surface and rebound’ in the early 16th century, probably influenced by the similar verb bound, which was used to mean exactly that in the past. The transitive sense, ‘to cause to rebound,’ appeared later, in the late 19th century. Bounce has been used of checks returned due to insufficient funds since the 1920s, and this use expanded to emails in the early 21st century. The noun, meaning ‘a heavy blow’ as well as ‘a leap’ or ‘a rebound,’ dates back to the early 16th century, and comes from the verb.

See full definition
Learn more about bounce in our forums

Bounce in other languages