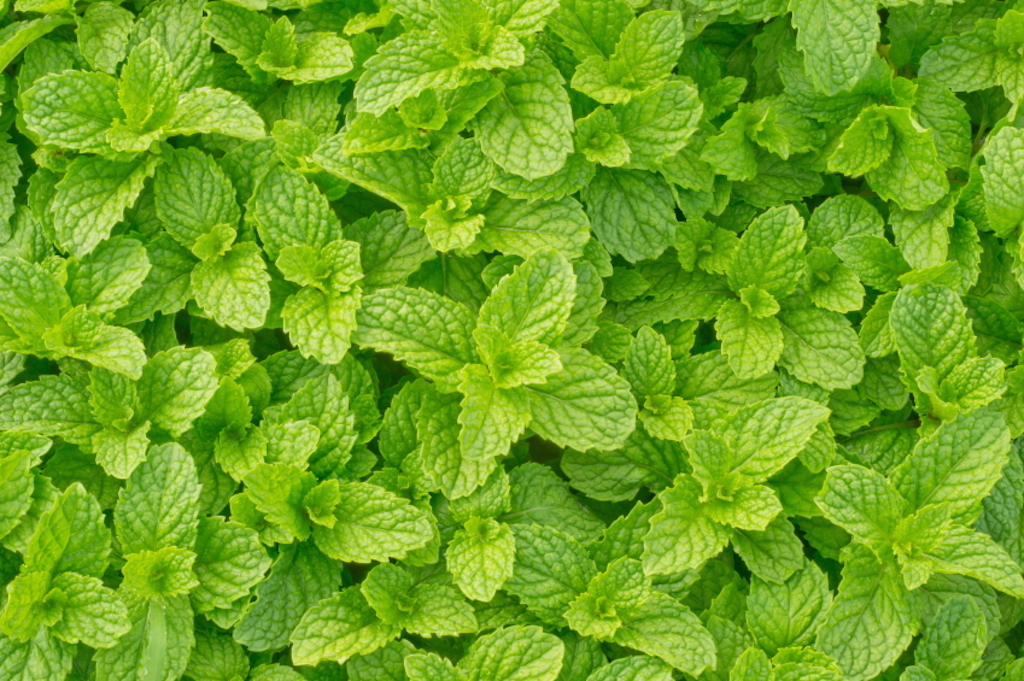 Mint is an aromatic sweet herb used for cooking and infusion. We also call a mint-flavored candy a mint. As an adjective, it refers to anything flavored with mint. However, a mint is also the place where coins (ie, metal money) are produced and, informally, it means a lot of money. We say that something is mint when it is as good as new. As a verb, mint means ‘to make coins’ or ‘to produce or invent something.’

In UK English, mint is also used as an adjective that means ‘very good’ or ‘great.’ “She looks mint in that dress!”

There are many different kinds of mint plants, such as peppermint and spearmint, and each has a distinct flavor. In some other languages, there is a completely different word for each of these herbs, but in English, we can refer to them by longer names like peppermint, or we can just use the generic word mint.

Mint, the name of an aromatic herb, dates back to before the year 1000, as the Old and Middle English noun minte, which came into the language from the West Germanic minta, and can be traced back to the Latin menta or mentha (mint) and the Greek minthe, the name of a nymph transformed into a herb by Proserpine. Its origin before then is uncertain, but it is thought to have been borrowed from a lost Mediterranean language. Mint is related to the Old Saxon minta, the Middle Dutch mente, the Old High German minza and the German Minze (all meaning ‘mint’), as well as many other European language words for the herb, including the Spanish and Italian menta and the French menthe. Mint, meaning ‘a place where money is coined,’ dates back to the early 15th century (before then, this place was called minter). It evolved from the Old English noun mynet (coin, coinage or money), from the West Germanic munita and the Latin moneta (mint). In this sense, mint is related to the Old Saxon munita, the Old Frisian menote, the Middle Dutch munte and the Old High German munizza (all meaning ‘money or coin’), the German Münze (coin), the French monnaie (money), the Spanish moneda (coin or currency), and of course the English word money. The figurative sense ‘a vast sum of money’ appeared in the mid-17th century. The verb mint, meaning ‘to create money,’ dates back to the mid-16th century, and comes from the noun. Finally, the adjective meaning ‘perfect’ dates back to the late 19th century, and evolved from the verb, on the notion of ‘like a newly minted coin.’

See full definition
Learn more about mint in our forums

Mint in other languages