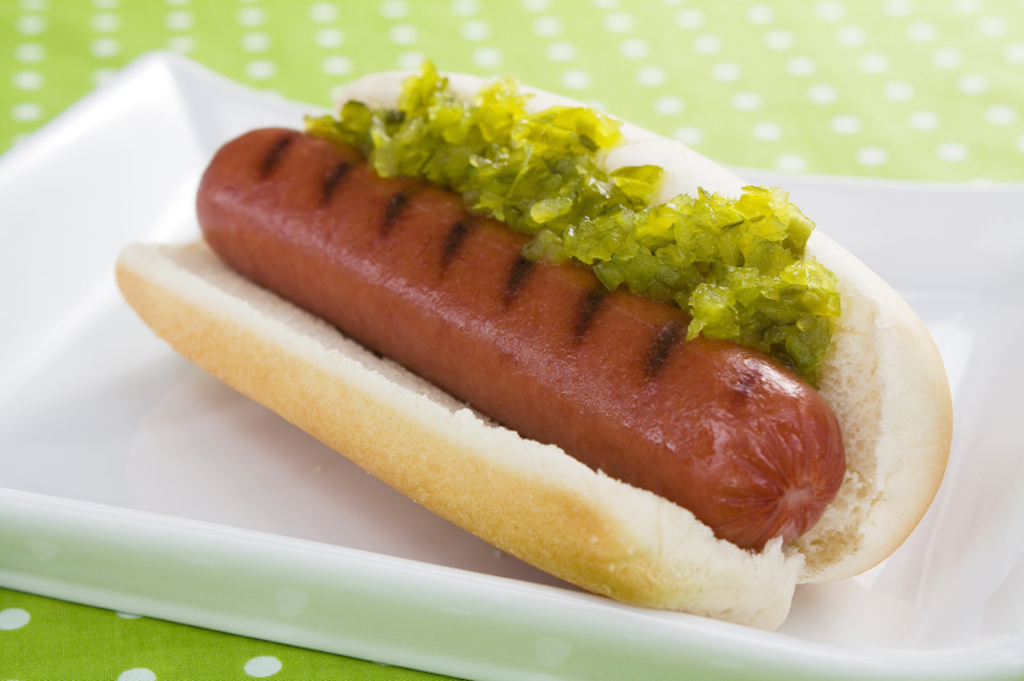 A hot dog with relish

Relish is a mass noun that means great enjoyment or pleasure in something. It is also a topping for food that is usually made of chopped vegetables (often pickled, which means that they are preserved in vinegar). This kind of relish is added to food to make it more flavorful. As a verb, relish means ‘to enjoy and take pleasure in something’ or ‘to like the taste of food.’

Listen to Depeche Mode singing their song “A Photograph of You” here. Listen out for the lyric “I wish it would disappear, I say I wish, but then I relish it being here.”

There are many different kinds of relish. Chicago-style hot dogs are famously served with a bright green relish, while in New York, relish is made with onions stewed in spicy tomato paste, giving it a reddish color. Other cities also have their own styles of relish for hot dogs.

Relish, as a noun meaning ‘taste or flavor,’ dates back to the early 16th century. It evolved as a variation of reles (scent, taste or aftertaste), which came into English from the Old French relais or reles (something remaining or left behind), from relaisser (to leave behind). It can be traced back to the Latin verb relaxare (to loosen or stretch out), from the prefix re– (back) and the verb laxare (loosen), itself from the Proto-Indo-European root (s)leg- (to be slack or languid). Relish is related to the Greek legein (to leave off or stop) and lagnein (to lust), the Latin languere (to be faint or weary) and laxus (wide, spacious or roomy), the Old Church Slavonic slabu (lax or weak), and the Lithuanian silpnas (weak), as well as English words such as languid, languish, lax, lease, relax, release, slack and sleep, among others. The sense ‘enjoyment of the taste or flavor of something’ first appeared in the mid-17th century, following a shift in sense of its related verb. The meaning ‘condiment that adds flavor’ dates back to the late 18th century. As a verb, relish dates back to the mid-16th century, and comes from the noun. It originally meant ‘to give flavor to something.’ The sense ‘to enjoy or take pleasure in something’ first appeared in the late 16th century, and soon became the most common use.

See full definition
Learn more about relish in our forums

Relish in other languages