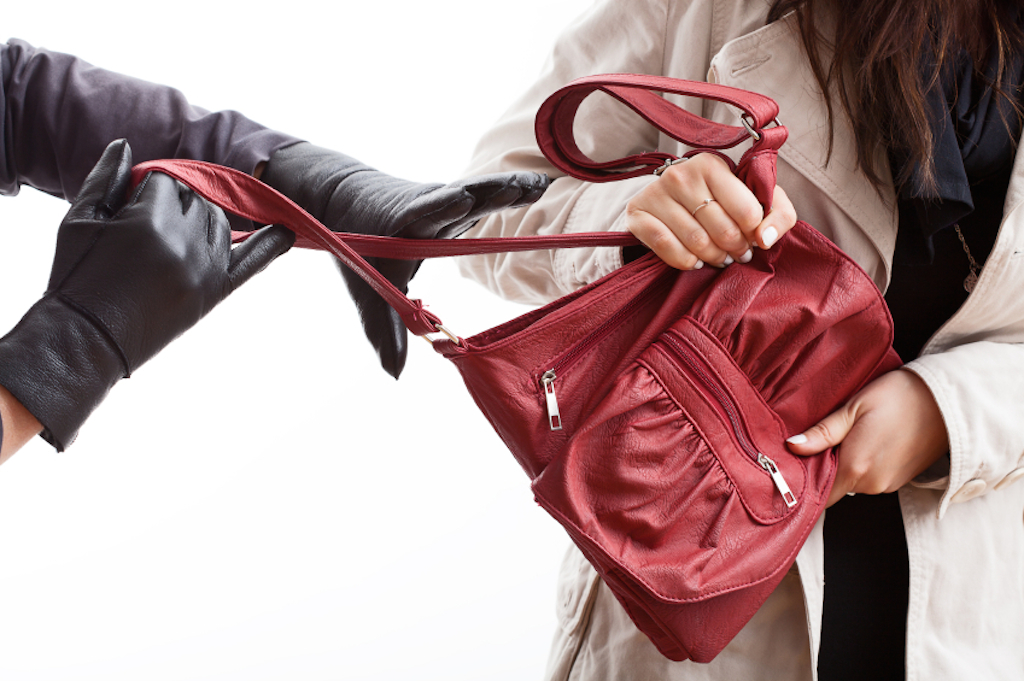 A robber is snatching a woman's purse.

snatch something away: to remove something suddenly. Example: “Phil snatched his hand away from Molly’s when she told him about her affair.”

Snatch is the title of a British movie, directed by Guy Ritchie, and you can see the trailer here:

In UK English a snatch is also an informal term for a robbery. Example: “The thieves planned the wages snatch carefully and it went off with no problems.”

Snatch, meaning ‘to make a sudden snap or bite,’ dates back to the late 12th or early 13th century, in the form of the Middle English verb snacchen. Its origin is uncertain, but some linguists think it may have come into English from the Middle Dutch verb snacken (to snatch or chatter), while others believe it evolved from a lost Old English verb (which could possibly be snæccan), and is merely related to the Middle Dutch word. Some linguists have suggested that snatch is part of a group of words of Germanic origin that start with sn- that have to do with the nose, which would make snatch related to snout. In the 13th and up until the late 18th century, snatch was used interchangeably with the related verb snack, which originally meant ‘to snap or bite,’ but also ‘to snach,’ can be traced back to the Middle Dutch snacken. The sense ‘to take suddenly’ appeared in the early 14th century, while ‘to take from someone’s hands’ was first used in the late 16th century. The noun, meaning ‘a trap or snare,’ dates back to around the year 1300, and comes from the verb. The sense ‘a sudden grab’ dates back to the mid-16th century, while ‘a small amount’ appeared in the late 16th century.

See full definition
Learn more about snatch in our forums

Snatch in other languages