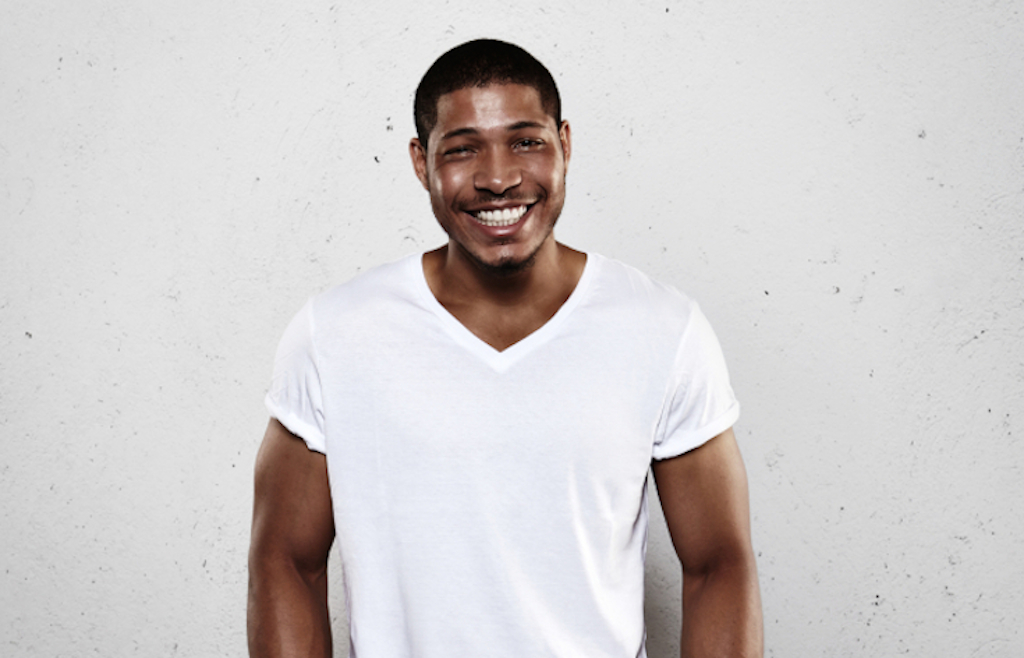 Chap is another word for "man" in UK English.

As a verb, chap means ‘to crack and roughen the skin’ or ‘to become cracked and rough.’ Weather conditions may also chap wood or the ground. As a noun, a chap is a crack in the skin or in other surface. In UK English, a chap is an informal and now rather old-fashioned word for a man.

Chap is also an abbreviation for chapter.

Listen to Madness singing their song “Pac-a-Mac” here. Listen out for the lyric “I’m a small chap, walk tall chap.”

Chaps (always plural) are a type of clothing worn by cowboys to protect their legs when they ride horses. They are usually made of leather or a similar material, and consist of wide leg pieces attached at the waist with a belt. They were first worn by Spanish horse riders in Mexico, and the name chaps is a short form of the Spanish chaparreras. Nowadays, many cowboys still wear chaps to protect their legs, and decorative chaps are also worn in some horse-riding competitions. In addition, other activities that require leg protection also require specially made chaps.

Chap, meaning ‘to crack open or fissure,’ or ’cause to split,’ dates back to the late 13th or early 14th century, in the form of the Middle English verb chappen. Its origin before then is uncertain. Some linguists think it emerged as a variant of the verb choppen (which became chop), also of uncertain origin (some think it came from Latin through French, though there are many related Germanic terms). Others think it evolved from Old English, from an unrecorded verb that could have been ceappian. Either way, chap is related to the Middle Dutch kappen (to chop or cut), the Danish kappe (to cut) and the Swedish kappa (to cut). The noun, meaning ‘a fissure’ (usually in the skin), dates back to the late 14th century, and comes from the verb. As a noun meaning ‘a man,’ chap dates back to the mid-16th century, and originally meant ‘customer.’ It was short for chapman (purchaser or trader), which can be traced back to before the year 900 as the Old English ceapman, from ceap (a barter, a business or a purchase). It can be traced back to the Proto-Germanic kaupōn-, an early borrowing of the Latin caupo (tradesman or peddler), though its origin before then is uncertain. In this sense, chap is related to the Old High German choufman, the German Kauffman and the Middle Dutch and Dutch koopman (all meaning trader), the Old Saxon cop and the Old Frisian kap (trade or purchase), the Middle Dutch coop and Dutch koop (trade, market or bargain) and kauf (trader), the Danish kjøb (purchase, bargain), the Old Norse kaup (bargain or pay), the German kaufen (to buy), and the Old Church Slavonic kupiti (to buy), as well as the English word cheap. The colloquial sense ‘man or fellow’ first appeared in the early 18th century.

See full definition
Learn more about chap in our forums

Chap in other languages