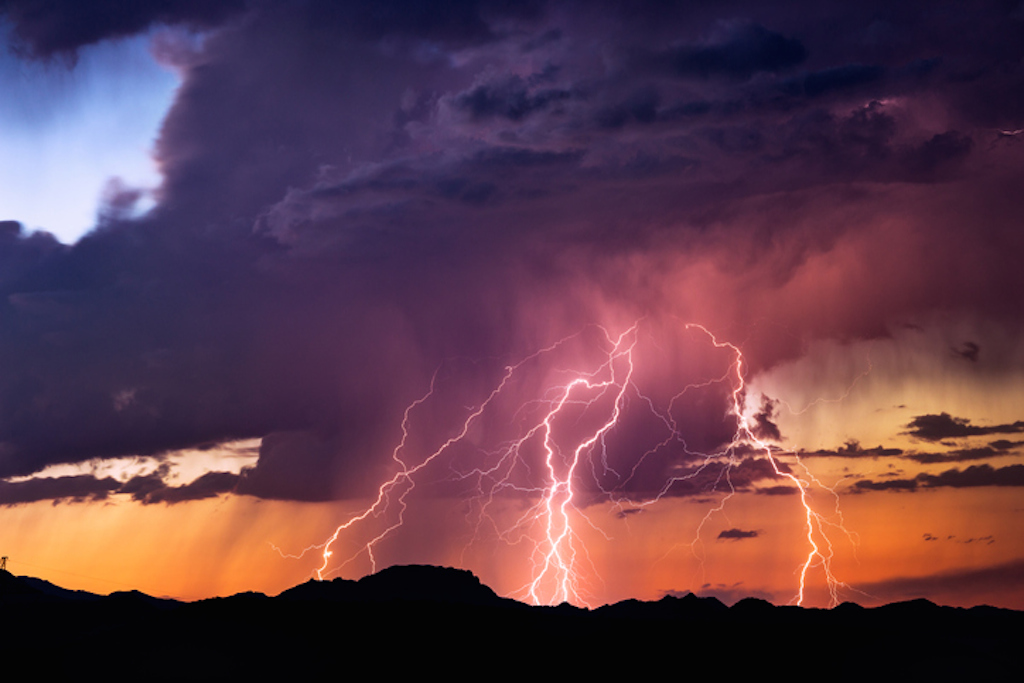 If you see lightning, you'll almost certainly hear a rumble of thunder a few seconds later.

rumble on: to continue for a long time without being resolved. Example: “The debate has been rumbling on for months now and there’s still no end in sight!”

rumble strip: a strip on the side of a main road, designed to make a rumbling noise when a car’s tires go over it, in order to warn the driver that they are going off the road.

Perhaps one of the most famous uses of the word rumble was as the title for the 1974 boxing match between George Foreman and Muhammad Ali, held in Zaire and known as “The Rumble in the Jungle.” Foreman was the reigning heavyweight champion and Ali beat him to take the title. It was one of the best-known sporting events of the 20th century and there are many cultural references to it in music, film, and literature. It was also the subject of an Oscar-winning documentary When We Were Kings.

Listen to the Fugees with their song “Rumble in the Jungle” here. The video uses imagery and words from the famous fight described above.

Rumble, meaning ‘to make a deep, continuous sound’ or ‘to move with a rolling, thundering sound,’ as well as, figuratively, ‘to create disorder or confusion,’ dates back to the late 14th century. Its origin is uncertain, but it is thought to be related to the Middle Dutch rommelen (to rumble), the Middle High German rummeln and the Old Norse rymja (to shout or roar), all of which are imitative in origin. The slang sense ‘to take part in a street fight’ dates back to the 1940s. The noun, meaning ‘a deep, continuous sound,’ also dates back to the late 14th century, and comes from the verb. The sense ‘a street fight’ is from the 1940s.

See full definition
Learn more about rumble in our forums

Rumble in other languages