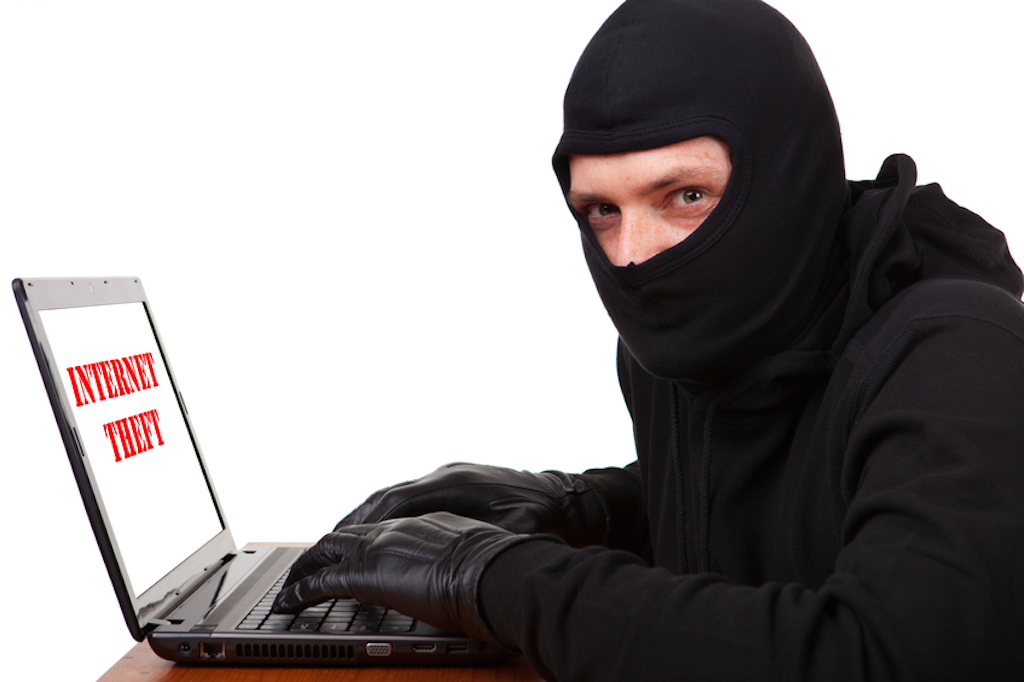 These days, a lot of crooks use the Internet to commit crimes.

A crook is an instrument with a bent or curved part, such as a hook, or the hook part of anything. It is also a bend or curve, such as in the road, and, when we say the crook of the arm, we mean the inside part of the arm when we bend our elbows. A crook is also a dishonest person and a thief or robber. As a verb, crook means ‘to bend.’

The related adjective crooked refers to anything that is not straight, so if someone’s smile turns the person’s mouth up more at one side than the other, you could describe that as a crooked smile.

Listen to Charlotte Gainsbourg singing “Greenwich Mean Time” here. You should hear the adjective crooked several times in the lyrics.

In Australia and New Zealand, crook is also an informal adjective that means ‘ill’ when used in reference to a person and ‘out of order’ when used in reference to a machine. In reference to taste, the weather, or the quality of something, it means ‘unpleasant’ or ‘bad.’ Example: “Barry was feeling really crook and he reckoned it was because he’d drunk some crook water.” “Being ill made everything he ate and drank taste crook.” “As if that wasn’t bad enough, the weather was really crook and he had to walk to work because his car was crook too!”

Crook dates back to around the year 1200, in the form of the Middle English noun crok(e), meaning ‘hook-shaped instrument or weapon,’ as well as ‘utensil with a hook or curved piece of metal as an essential part.’ It came into English from the Old Norse krokr (hook or corner), from an unknown Germanic source, and some linguists have even suggested an Old English form (crōc), though no records survived. Crook is related to the Old High German kracho (hooked tool). The sense expanded to ‘a curved or bent part’ in the late 14th century, and further to any ‘bend, curve or turn’ in the early 15th century. The specific meaning ‘a shepherd’s staff with a curved top’ was first used in the mid-15th century. The figurative sense, ‘a swindler or dishonest person,’ appeared in US English in the late 19th century, from the notion of crooked in conduct meaning dishonest (common since the early 18th century). The verb, meaning ‘to bend or to cause to take an angular or hooked form,’ dates back to the late 12th century. It may have come from the noun, but it’s also possible that it evolved from the Old English verb crōcian (‘to have a crooked shape,’ ‘to be bent’ or ‘to bend’).

See full definition
Learn more about crook in our forums

Crook in other languages