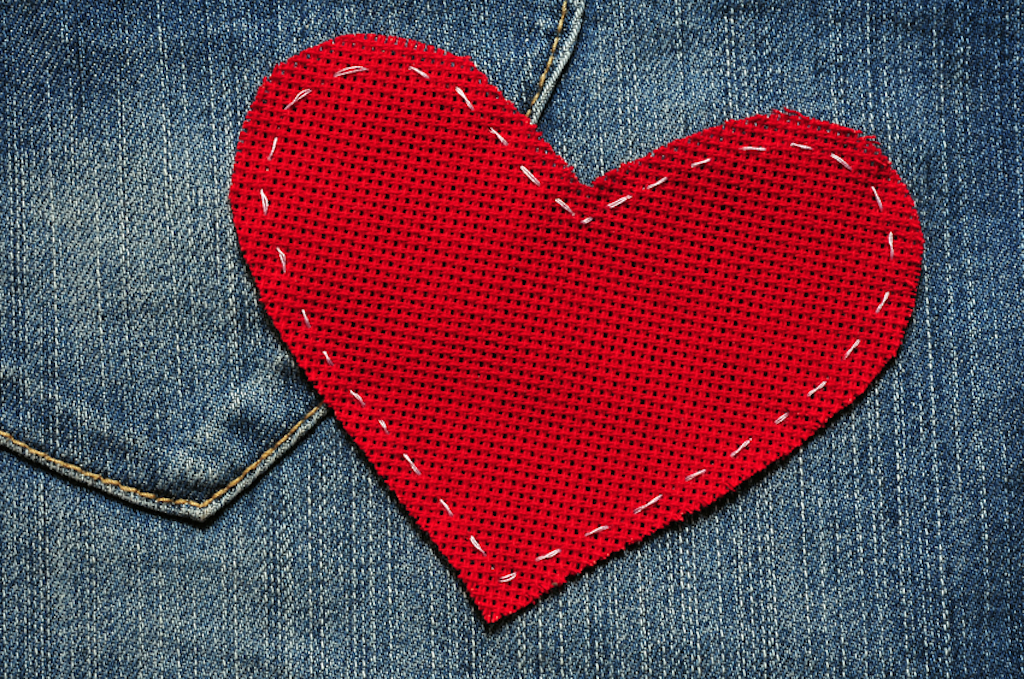 A heart-shaped patch on a pair of jeans

A patch is a piece of material used to repair something or to cover an injured part of the body, usually an eye. It is also a small area or piece of something. It can also be a piece of material added to clothing for decoration. In UK English, a patch is also a period of time. As a verb patch means ‘to fix or restore something in a quick way’ and ‘to mend something, such as clothing, with a patch.’

patch up: to fix something quickly or temporarily. Example: “The car was in a bad state, but the mechanic managed to patch it up so that the family could continue their journey.” Patch up can also be used to talk about giving someone medical treatment. Example: “When I fell off my bike, I had cuts and bruises everywhere, but the doctors at the hospital patched me up in no time.”

patch things up: to make up after an argument. Example: “Karen and Steve really fell out, but they’ve patched things up now.”

patch someone through: to connect someone to another telephone. Example: “Sorry, Isobel isn’t in the office at the moment. Would you like me to patch you through to her cell phone?”

Patch Adams is a 1998 movie starring Robin Williams, based on a true story. In this case, the name Patch does not come from its usual meaning, but the unrelated sense ‘clown.’ You can watch the trailer here:

Patch, both as a verb and a noun, also has a use in computing. As a noun, it is a short set of instructions to correct a problem or improve something in a computer program and, as a verb, it means ‘to correct or improve a program by applying a patch.’ Example: “The new version of the software has a bug, but the developers are creating a patch to fix it.”

Patch, meaning ‘a piece of cloth used to mend another material,’ dates back to the late 14th century. Its origin is uncertain, but some linguists think that it emerged in Anglo-French or directly in English as a variant of pece or pieche, from the Old North French pieche (piece), which would make it related to piece. Other linguists think it may have existed in Old English, but records of it were lost. The sense expanded to ‘any piece of material used for repairs or to cover an injury’ by the 15th century. The verb, meaning ‘to mend something with a patch,’ dates back to the mid-15th century and comes from the verb. The sense expanded to include ‘to fix something quickly’ in the mid-16th century. The electronic senses, ‘to connect temporarily,’ was first recorded in the 1920s, and the computing sense of both the verb and the noun dates back to the 1960s. The unrelated noun patch, meaning ‘a clown or a fool,’ dates back to the mid-16th century, and is thought to have come from the Italian pazzo (a fool), though its origin before then is uncertain. It is related to the Italian pagliaccio, the Portuguese palhaço, the French paillasse and the Spanish payaso.

See full definition
Learn more about patch in our forums

Patch in other languages