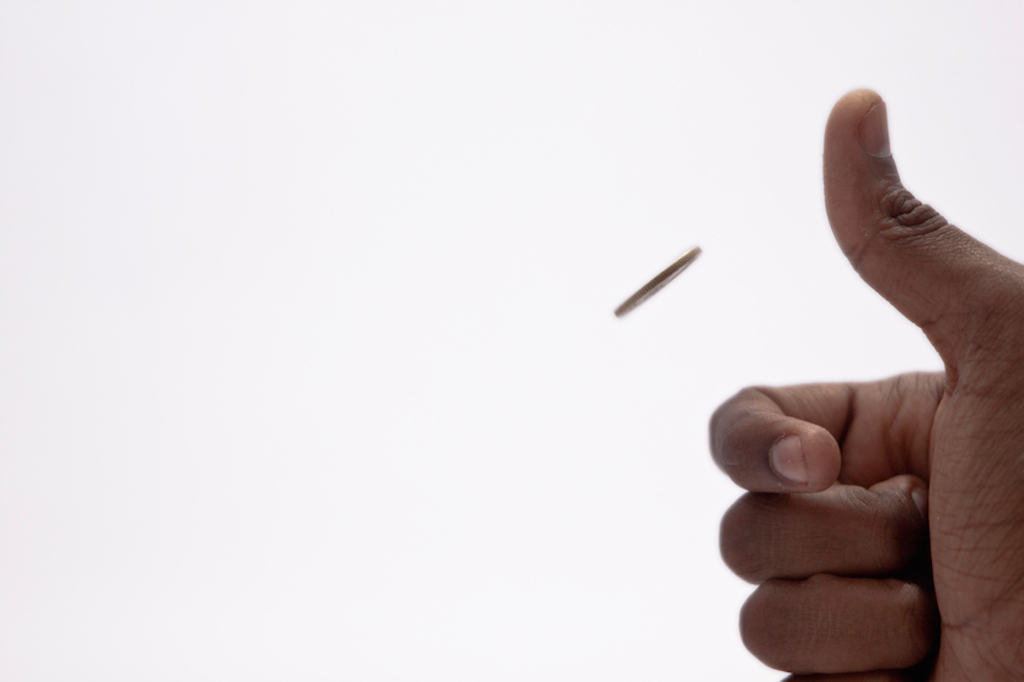 To flip means ‘to turn something over by tossing it in the air’ or ‘to move or turn something on with a sudden stroke.’ It also means ‘to turn rapidly,’ when talking about pages, or, when used with through, ‘to read quickly.’ Informally, flip has many meanings, such as ‘to react with great shock’ and ‘to become very excited or enthusiastic’ about someone or something, usually followed by the preposition over. As a noun, a flip is a somersault in the air, as well as an instance of flipping.

flip out: to lose control, especially to become very angry or very excited. Example: “Adam’s parents flipped out when he told them he’d crashed their car.” “My parents are going to flip out when I tell them I got the highest score on the test.”

flip-flop: This can be a verb, meaning to move from one side to another. Example: “Sometimes politicians flip-flop on issues if they think it will get them more votes.” As a noun, a flip-flop refers to such a move from one thing to another. It is also a usually waterproof, backless sandal with a strap between the toes that is often worn at the beach or pool. In the US we can also call these thongs or thong sandals.

Do you want to see what it looks like when someone does a flip, in the sense of a somersault? Well, you can, in this clip from the movie Spiderman:

In UK English, flip is also a mild interjection, used to show annoyance with something. For example, someone might say, “Oh flip! It’s my cousin’s birthday today and I forgot to send a card!” Again, in UK English, you can also use the related adjective “flipping” to describe something that is annoying you. Example: “This flipping computer keeps crashing and I really need to get my work finished!” It really is a very mild word that is unlikely to cause offense to anyone.

Flip, meaning ‘to toss something with your thumb,’ dates back to the late 16th century. Its origin is uncertain, as some linguists think it evolved as a short form of fillip (‘to toss something with your fingers’ or ‘to snap your fingers’), while others think it emerged as a variation of flap. Either way, its ultimate origin is imitative, and a few experts have even suggested that it appeared as an imitation of the sound such a movement makes wholly on its own, and was merely influenced by the other two possible origins. The senses ‘to toss something in the air’ (as if with your thumb) and ‘to turn something quickly, as if by tossing’ date back to the early 17th century, while ‘to toss a coin to decide something’ was first used in the late 19th century. The figurative sense, ‘to get excited,’ and later ‘to react with shock,’ appeared in the 1950s. The noun, meaning ‘an instance of flipping,’ dates back to the late 17th century and comes from the verb. The sense ‘a somersault in the air’ also dates back to the late 17th century, and was originally a move made by male dancers. Flip has been used as a mild interjection in the UK since the early 20th century.

See full definition
Learn more about flip in our forums

Flip in other languages