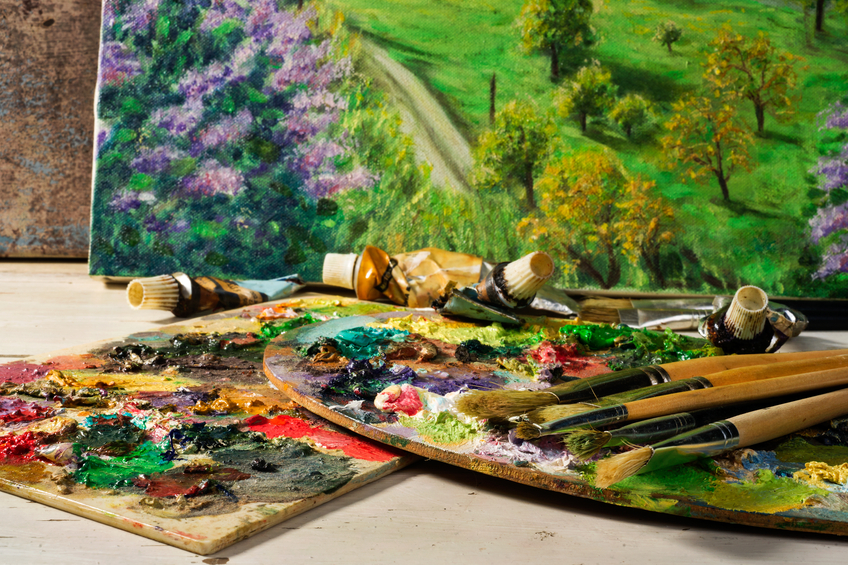 A painting of a landscape rendered in bright colors

Render also means ‘to surrender, yield, or give’; in this sense it is often used with the adverb up. Example: “The Queen rendered up the lands south of the river to her enemies.”

It can also mean ‘to return or give back,’ and in this sense it is often used with the adverb back. Example: “The company rents out cars on the condition that they are rendered back at the proper time and in the same condition.”

Render, as a noun, is also a building term for the hard plaster that covers the outside of buildings.

Rendering, by analogy with the artistic sense, is also the process of generating an image from a 2D or 3D model, used in a number of fields, such as architecture and visual effects used in TV, film, and video games.

Render first appeared in Middle English in the late 13th century, as the verb rendren, meaning ‘to repeat, say again or give back.’ It came into English through the Middle French rendre, meaning ‘to give back, present or yield,’ but it originated in the Vulgar Latin rendere, an alteration of the Latin reddere (to give back). The word rent has the same origin: it comes from rendita, the past participle of the Vulgar Latin rendere.

See full definition
Learn more about render in our forums

Render in other languages

Render was suggested from Japan