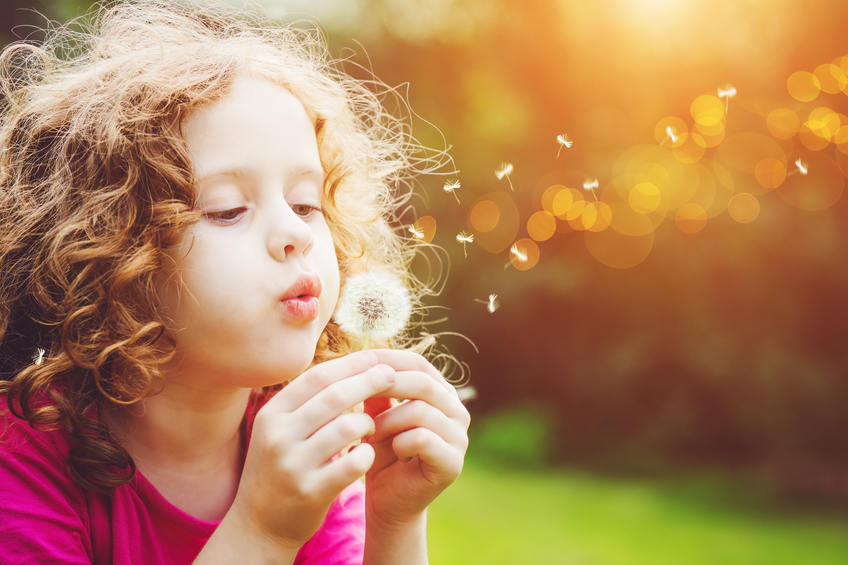 Some people like to make a wish when they blow on a dandelion (that's the plant pictured here).

blow away: be carried away by the wind. Example: “We went camping last weekend, but there were strong winds and our tent blew away!”

blow over: literally, this is said about the weather, when the wind carries one weather front away and a new one comes in, but it is also used figuratively, to mean that something will pass on its own eventually. Example: “Simon and Penny are arguing again, but it’s only about something trivial. I’m sure it will all blow over soon.”

blow up: this one can have lots of meanings. It can mean ‘to arise suddenly, especially because of the wind’ (Example: “A storm blew up at the end of the afternoon.”), or ‘to explode’ or ’cause to explode’ (Example: “The engineers blew up the bridge.”), but it can also mean ‘to enlarge’ (Example: “I used the photocopier to blow the picture up to twice its original size.”) or ‘to inflate’ (Example: “We don’t have a spare room, so when we have guests we blow up an air bed for them to sleep on in the living room.”). You can normally tell which one someone means from the context.

blow off steam: do something to relieve tension and relax. Example: “After a long day at work, Dave likes to spend an hour blowing off steam in the gym before he goes home.”

blow your cool: lose your composure. Example: “I hate speaking in public; no matter how hard I try, I always end up blowing my cool.”

blow it: completely fail, do something horribly wrong (often in past tense). Example: “The job interview was a disaster. I blew it!”

Another common expression using blow is to blow somebody’s mind, which means ‘to completely amaze somebody.’ Example: “The first time my great-grandfather saw a car, it blew his mind.” A song that uses this expression in the lyrics is “Hey Mickey,” released by Toni Basil in 1980. You can listen to it here:

The word appears with its literal meaning in the song at the end of the Cole Porter musical Anything Goes. Here Bing Crosby sings “Blow Gabriel Blow,” about being called to heaven when the angel Gabriel blows his horn. Listen for imagery about heaven and hell.

When a horn, trumpet, or any similar instrument blows, it means that it makes sounds. When we talk about sirens or whistles, to blow means ‘to make a blowing sound.’

Blow first appeared as a verb meaning ‘to move air’ before the year 1000, as the Old English blāwan and later the Middle English blowen. It also soon came to mean ‘ to blow,’ ‘breathe’ or ‘make an air current,’ as well as ‘to kindle fire,’ ‘to inflate something,’ or ‘to sound a wind instrument.’ Its origin can be traced all the way back to the Proto-Indo-European root *bhle- (to swell, to blow up), which is also the origin of the Latin word flāre (there is another, related English word that comes from the Latin one). An interesting fact is that there used to be another meaning for the verb blow: ‘to bloom or blossom’ (as in a flower), but that meaning has been lost. This is where the meanings of the expression blow up came from. The noun blow, meaning ‘a stroke or attack,’ appeared in the mid-15th century. The Middle English blaw evolved into a variation, blowe, in the northern dialect, and the spelling and pronunciation eventually matched the verb. Its origin is unknown, but it is probably Germanic, because it is similar to the Old High German verb bliuwan, and the Gothic verb bliggwan, meaning ‘to beat.’

See full definition
Learn more about blow in our forums

Blow in other languages

Blow was suggested by Raquel, from Spain.