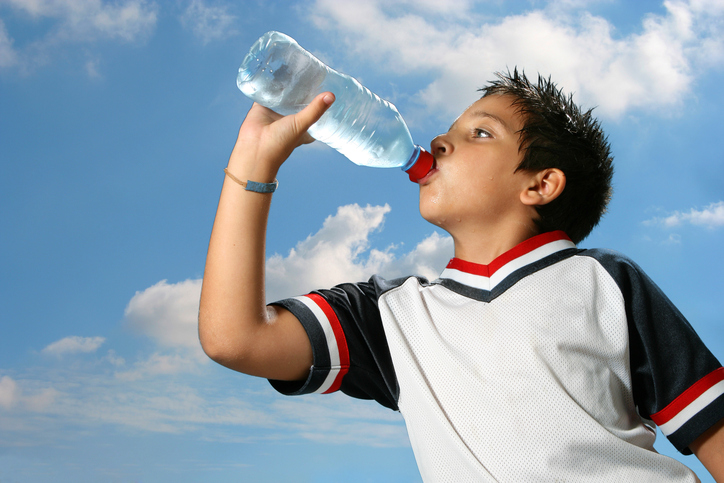 To guzzle means ‘to eat or drink greedily or excessively.’ Figuratively, if someone or something uses something in large quantities, that is also guzzling. Guzzle or gozzle is also used in the South and South Midland of the US as an informal term for throat.

Guzzling is not generally a good thing, especially if you are guzzling something unhealthy like sweets, as emphasized in this scene from the movie Willy Wonka & the Chocolate Factory:

Although guzzling is generally seen as greedy and not good for you, some people guzzle on purpose in order to win competitive eating contests, as you can see in this video clip:

Guzzle, meaning ‘to swallow liquid greedily,’ dates back to the late 16th century. Its origin is uncertain, but some linguists think it may be related (or even have come from) the Old French gosillier (‘to go down the gullet,’ ‘to vomit’ or ‘to talk or chatter’), from gosier (throat, gullet or jaws). Others think it emerged from an imitation of the sound made when you drink greedily. Its sense extended to eating in the early 17th century. The noun comes from the verb, and dates back to the late 16th century. It originally meant ‘a drain’ and, though it is no longer used in this sense, the figurative colloquial meaning, ‘throat,’ came from the original meaning. Guzzle was also slang for liquor in the early 18th century, and for ‘a bout of heavy drinking’ in the 19th century, though both these senses have fallen out of use.

See full definition
Learn more about guzzle in our forums

Guzzle in other languages