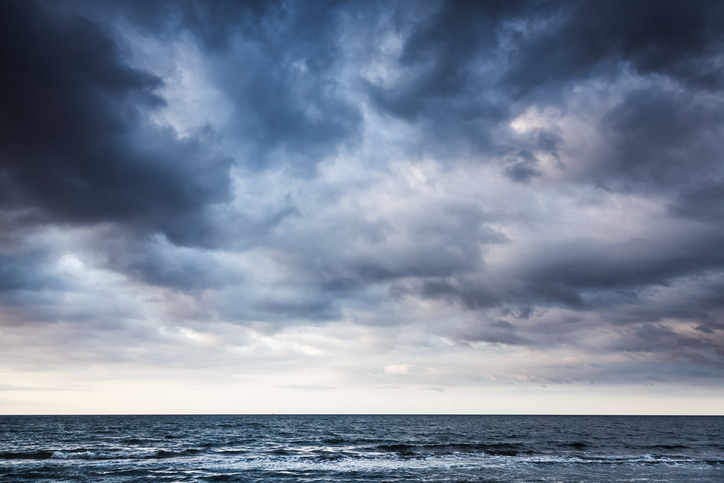 As a noun, gloom means ‘total or partial darkness’ and, poetically, it might also mean ‘a dim or dark place.’ Figuratively, gloom is a state of deep sadness or depression, and this is where the adjective gloomy comes from. You won’t hear gloom as a verb very often, but if you do, it means ‘to become dark,’ especially if we are talking about the weather or the sky, and, if we are talking about people or their emotions, both ‘to be sad or dejected’ and ‘to make sad or dejected.’

The related adjective gloomy can mean either ‘dark or dim’ or ‘sad or dismal.’ You can listen to Billie Holliday singing “Gloomy Sunday” here:

The song was originally written by a Hungarian composer and it was about wartime despair (the original title translated as “The World is Ending”). New lyrics were later written for the music with a title that translated as “Sad Sunday,” about someone wanting to take his own life after his lover has died. This song was then translated into English as “Gloomy Sunday.”

An early meaning of gloom in Scotland was a sullen look, but this meaning is now archaic.

Gloom dates back to the mid-14th century. The Middle English verb gloumben or gloumen originally meant ‘to frown.’ It is thought to have come from an unrecorded Old English verb, which some linguists have suggested would have been glūmian, though its origin before then is uncertain. Many linguists believe the origin was Germanic, and point to the early German gläumen (to make turbid), the Low Germanic glum (gloomy, turbid or troubled), and the Dutch gluren (to leer) as related words. Others think the source was Scandinavian, and it is related to the dialectal Norwegian glome (to stare somberly). Either way, it is related to the English adjective glum. The noun, which originally meant ‘a sullen look’ in Scottish dialect, dates back to the mid- to late 16th century. The meaning ‘darkness or obscurity’ dates back to the early 17th century; the first recorded appearance is in a poem by John Milton. The sense ‘melancholy, dejection or cheerlessness’ was first recorded in the 18th century for the noun, but a similar sense had appeared as the adjective gloomy a century earlier, so some linguists think it was used for the noun sooner, but not recorded.

See full definition
Learn more about gloom in our forums

Gloom in other languages