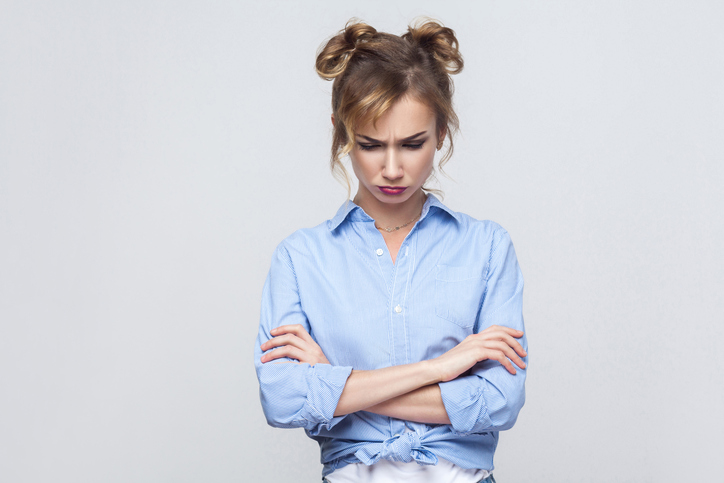 Pout is something kids do a lot, although adults do it too; it is when we push out our lips to show displeasure, unhappiness, or anger. Sometimes adults also do it to look attractive. To act annoyed or unhappy is also to pout, even when you’re not pushing out your lips. Pout can also mean ‘to say with a pout.’ As a noun, a pout is the act of pouting and also a sudden fit of anger or unhappiness.

The ocean pout is a type of fish that lives in very cold waters in the northwest Atlantic Ocean. You can read more about it here.

Listen to this children’s story about the pout pout fish:

Pout, meaning ‘to push out your lips,’ often due to unhappiness, dates back to the late 13th century, in the form of the Middle English verb pouten. Its origin is uncertain, but many linguists think that it came into English from a Scandinavian language, and some have suggested that it originated in the Proto-Indo-European root beu- (to grow or swell). It is probably related to the Swedish dialect verb puta (to be puffed out), the East Frisian püt (bag or swelling), the Low German puddig (swollen), the Old English noun ælepute (a fish with inflated parts), the Middle Dutch puyt and the Flemish puut (frog), as well as the English word boil. The noun comes from the verb, and dates back to the mid-14th century.

See full definition
Learn more about pout in our forums

Pout in other languages