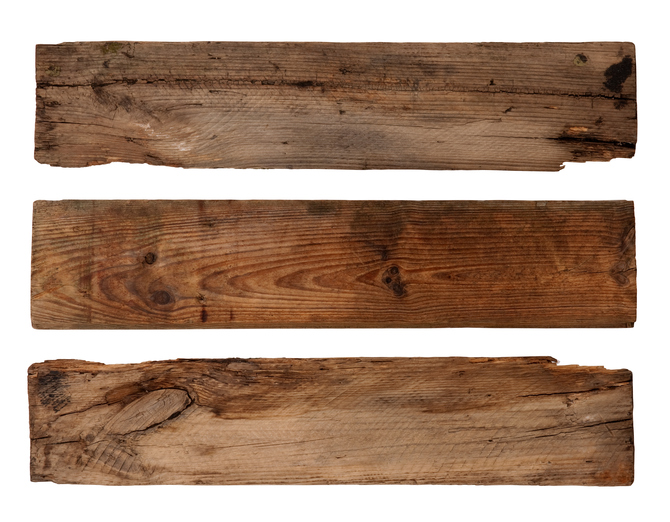 A plank is a long, flat piece of wood, thicker than a board and, figuratively, something to cling to for support is also a plank. In politics, a plank is any of the principles or aims that make up the platform of a political party. The verb to plank means ‘to cover or provide with planks’ and, in US English, as a cookery term, ‘to bake or broil and serve steak or fish on a wooden board.’

walk the plank: be forced to walk along a plank (the gangplank) into the sea by pirates. This expression can also be used figuratively to mean ‘to be obliged to relinquish something,’ such as a job. Example: “The vice-president was made to walk the plank because of the errors she had made.”

Watch this clip from the animated movie of Peter Pan where Captain Hook threatens the children with walking the plank unless they agree to join the pirates:

A plank is also an exercise for toning core muscles. To plank is to perform this exercise. You can see how it’s done here:

Plank dates back to the late 13th century or the very early 14th century. The Middle English noun planke came into the language from the Old North French planke, a variant of the Old French planche (a plank, slab or small wooden bridge). It can be traced back to the Late Latin planca (plank, board or broad slab), which probably evolved from the Latin plancus (flat or, when talking about a person, flat-footed), from the Proto-Indo-European root plak– or plāk– (to be flat), from the PIE root pele- (‘to spread’ or ‘flat’). Plank is related to the French planche (plank), the Spanish plancha or planchador (an iron), and placa (plate or slab), the Italian plancia (bridge or gangplank), the German Planke, and many English words, including flag, flake, fluke, plagiarism, flaw, floe, airplane, explain, piano, plain, plane, plasma, plastic and even the country name Poland. In technical terms, a plank made of wood, can be 2 to 7 inches thick, and is at least 9 inches wide and 8 feet long, though of course this definition matters mostly to carpenters and builders. The political sense dates back to the mid-19th century, and was first used in the US. The verb comes from the noun, and has been used since the mid-17th century. The expression ‘to walk the plank,’ which we usually attribute to pirates, was actually first used by slave traders in the late 18th century.

See full definition
Learn more about plank in our forums

Plank in other languages