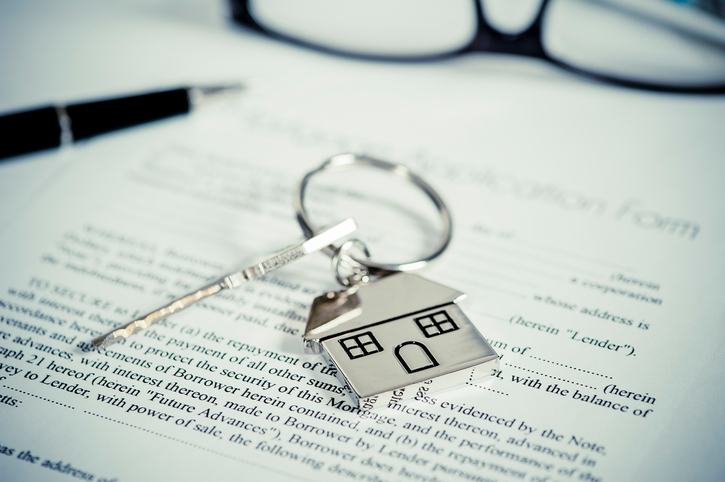 Listen out for the lyric “My body is yearning for a new lease of life.”

In textiles, a lease is also a system for keeping the warp (the lengthways pieces of yarn when weaving) in position and under control by alternately crossing the warp yarn over and under the lease rods.

In many instances the verbs rent and lease can be used interchangeably. Both can mean either ‘to allow someone else to use something for money’ or ‘to pay money for the use of something.’ It may seem confusing that the verbs can have either of these meanings, but often it is obvious from context which sense is meant. We sometimes add the adverb “out” if we want to make it clear we are talking about the person who owns something allowing someone else to use it. For example, you might say, “My uncle leases out apartments in that building to students.” As nouns though, lease and rent differ. A lease is the contract, which can be called a rental agreement, but not a rent. Rent, as an uncountable noun, is the money paid for using something.

Lease dates back to the late 14th century. The Middle English noun les, meaning ‘a contract granting property for a fixed compensation and usually a fixed period,’ came into English from the Anglo-French les and the Old French lais or lez, which meant ‘a lease, a letting or a leaving.’ The noun was derived from the Old French verb laissier (‘to let, allow or permit,’ as well as ‘to bequeath or leave’). It can be traced back to the Latin verb laxāre (‘to release or let go’ as well as ‘to loosen, make wide or open’), and the Proto-Indo-European root sleg- (to be slack or languid). Lease is related to the Greek legein (to leave off or stop) and lagnein (to lust), the Latin languere (to be faint or weary) and laxus (wide or roomy), the Lithuanian silpnas (weak), the Spanish laxar, meaning ‘to loosen (the bowels),’ the French laisser (to leave or allow) and the Italian lasciare (to leave) and lassare (to loosen), as well as the English words lax, relax, release, languish, lush, relish and even sleep. Lease has been used figuratively, especially in the expression ‘new lease on life,’ since the late 16th century. The verb dates back to the late 15th century, and either evolved from the noun (even though in French the noun came from the verb) or made its way into English separately. The original sense was ‘to take a lease,’ though by the mid-16th century the sense had expanded, and could also be used for ‘to grant temporary possession for a fixed rate.’

See full definition
Learn more about lease in our forums

Lease in other languages