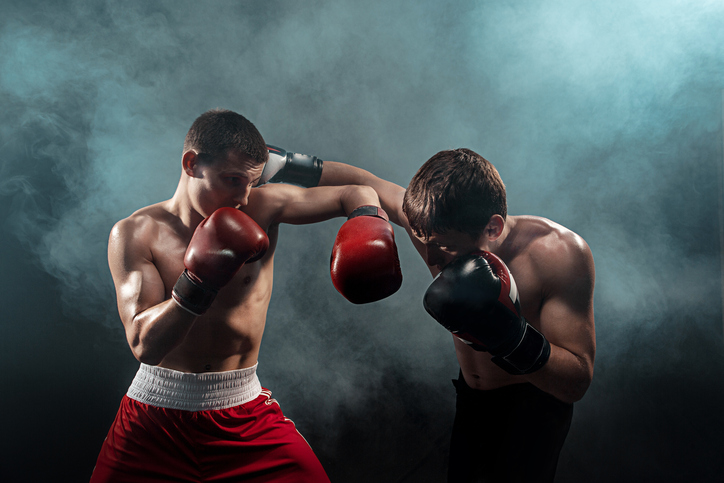 Watch this scene from the musical West Side Story where the Jets sing the “Jet Song:”

In the lead in to the number, you can hear one of the gang members ask another “Remember them fists the day we clobbered the Emeralds?”

In ceramics, to clobber means ‘to paint over existing decoration.’

Don’t confuse clobber with cobber. The latter is an Australian slang term for ‘friend.’

Clobber, as a verb meaning ‘to severely hit or beat’ or ‘to defeat completely,’ dates back to 1940s slang. It was first used in reference to bombing by Air Force pilots, though there is some disagreement over whether US Air Force or UK Royal Air Force pilots starting this trend. The noun sense of clobber, meaning ‘clothes or other personal articles,’ is completely unrelated, and older. It dates back to the late 19th century. Its origin is uncertain, though the noun probably came from a now obsolete verb from the mid-19th century, when to clobber up meant ‘to patch up old clothes for reuse or to cover defects.’ This verb comes from another obsolete noun, clobber, which was a thick, dark paste used to cover breaks in leather in old shoes in the early 19th century, and its origin is uncertain. Some linguists have suggested a relation to the Gaelic word clabar (mud), but there does not seem to be any proven relation other than the similarity itself.

See full definition
Learn more about clobber in our forums

Clobber in other languages